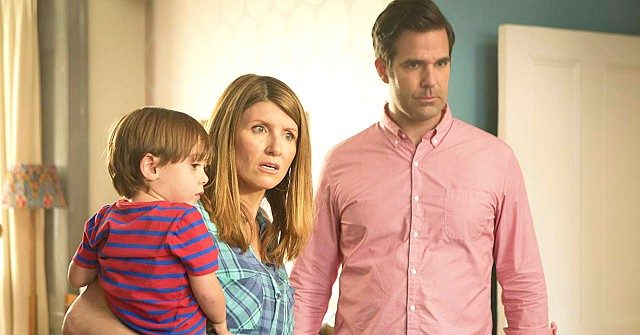 In a new episode from the Amazon comedy series Catastrophe, a character calls the United States a “white nationalist ethno state,” among other left-wing political barbs.

In the episode, which serves as the finale for Season 4 of Catastrophe, Rob Delaney’s character “Rob” and his partner Sharon go to the United States. Rob is American and Sharon is Irish.

The plot of the episode, first reported on by MRC’s Newsbusters, follows Rob’s decision to accept a job in the United States and move their children there. Sharon objects to this — however, the two later sit on a beach together and Sharon decides to move to the U.S. as well.

Rob Delaney is outspoken about politics like many in Hollywood, with the 42-year-old actor taking an unabashed socialist stance on many issues.

Last year, Delaney compared First Lady Melania Trump to a Nazi, and wished for Ivanka Trump and Mike Pence to go to prison.