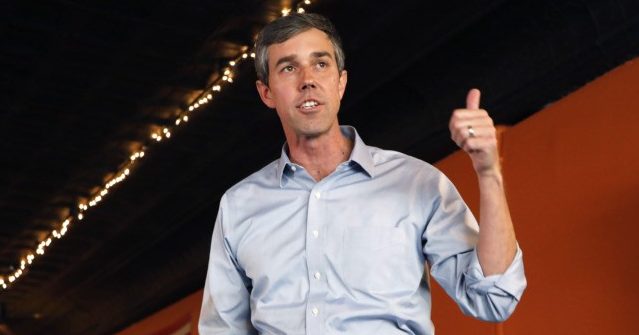 On Saturday, the AP was mocked for mistakenly reporting that the fourth generation Irish-American “spoke at length in his native Spanish.”

The original story said O’Rourke “[elicited] loud and sustained cheers” when he spoke in his “native” tongue during a rally held after announcing his intent to unseat President Trump in 2020. The Daily Mail‘s David Martosko highlighted the mistake on social media.

This is @AP coverage of the #Beto launch rally. … he “spoke at length in his native Spanish…”

Michelle Malkin was among the many who joined in on the fun, tweeting “ICYMI @AP = Advancing Propaganda. Beto shall now be known forthwith as #NativeSpeakerBeto.” The crack was followed by several “tears of joy” emojis, and another pithy reply from a Twitter user: “I thought his native language was leftist propaganda.”

The punchlines came thick and fast. “Ah, yes, the 4th generation Irish American from Texas, Robert Francis O’Rourke, speaking his ‘native Spanish,’” said Chet Cannon. “So good, in fact, was his ‘native Spanish’ that the crowds actually thought they’d been magically whisked away to the Emerald Isle with the other native Spanish speakers.”

Still, the foible provided an amusing look at journalistic standards in 2019, and brought many people joy — albeit of the schadenfreude variety.