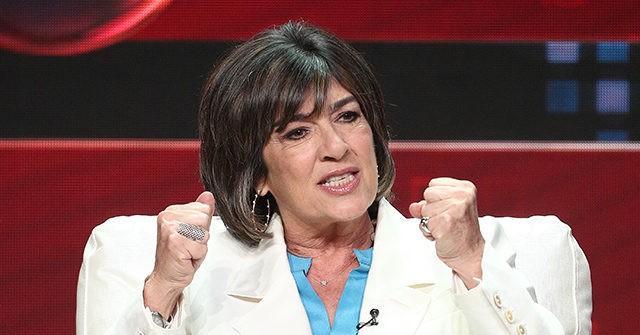 CNN chief international anchor Christiane Amanpour asked fired FBI Director James Comey in an interviewed broadcasted Tuesday whether the bureau should have shut down the “lock her up” chant — a reference to the alleged crimes of failed Democrat presidential candidate Hillary Clinton — because it falls under the category of “hate speech.”

CHRISTIANE AMANPOUR: “Going forward, the president has said that, you know, I mean you saw we’ve, we’ve put a little bit of what he was saying about you, all sorts of nasty names, et cetera, and that there will be counterinvestigations. You know, sort of accounting for this hoax that exonerated him. You know what I’m saying, to investigate perhaps you, perhaps others. Do you fear that? Do you think that’s coming down the pike?

JAMES COMEY: I don’t fear it personally. I fear it as a citizen, right? Investigate what? Investigate that investigations were conducted and what would be the crime you’d be investigating? It’s a terrible cycle to start. He’s already started it with calling for the locking up of his political opponents, including people like me, and so it’ll just be more of that dangerous step and would I hope, although he’ll continue to disappoint me, the Republicans would finally stand up and say we don’t do that kind of thing. But me personally, ask me questions, go ahead. I’d like to answer them in the daylight if I could, but ask me, ask me questions.

AMANPOUR: I’ve got one question because you just said “lock her up” or “lock me up.” Of course, “lock her up” was a feature of the 2016 Trump campaign. Do you in retrospect wish that people like yourself, the FBI, I mean, the people in charge of law and order, had shut down that language, that it was dangerous potentially, that it could’ve created violence, that it’s kind of hate speech? Should that have been allowed?

COMEY: That’s not a role for government to play. The beauty of this country is people can say what they want, even if it’s misleading and it’s demagoguery. The people who should have shut it down were Republicans, who understand the rule of law and the values that they claim to stand for. Shame on them, but it wasn’t a role for government to play.