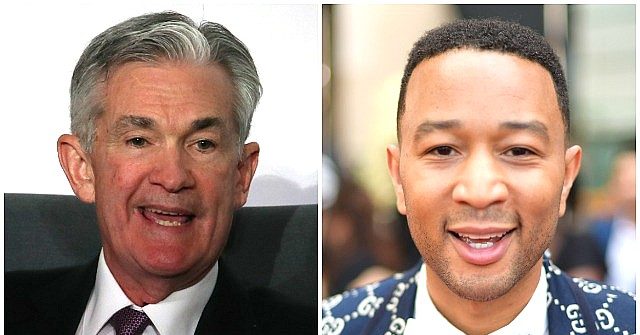 According to several reports , the Democratic conference will take place in Leesburg, Virginia, on the weekend of April 10-12th. The theme of the retreat is, “100 Days In: Fighting For The People.”

John Legend and Chrissy Teigen have both been staunch critics of President Donald Trump and his supporters.

Legend has compared the president to Adolf Hitler in 2016, and in 2017, he ripped into Trump, calling him “one of the worst people I’ve ever encountered in public life.”

“I think he’s a terrible president. Manifestly unqualified,” he said. “Not curious. Not good at legislating or doing anything that his job requires. Doesn’t have any depth about any subject. And he’s also using the office of the presidency as a way to make money for himself with his businesses, so he’s corrupt.”

Meanwhile, Teigen declared that Trump is a “terrible human being” and said she would “throw up” in her mouth if she met him last year.

Curiously enough, Teigen has faced her own share of heat from the Woke Mob after internet sleuths dug up social media posts showing her making transphobic jokes. Biden’s DHS Defends Plan to Give IDs to Illegal Aliens Before Release into U.S. Booker: People 'Can't Afford a Politics of Division That Sacrifices Progress for Purity'