McConnell: I Hope We Don&#039;t Close Down Border – Could Have &#039;Potentially Catastrophic Economic Impact&#039; 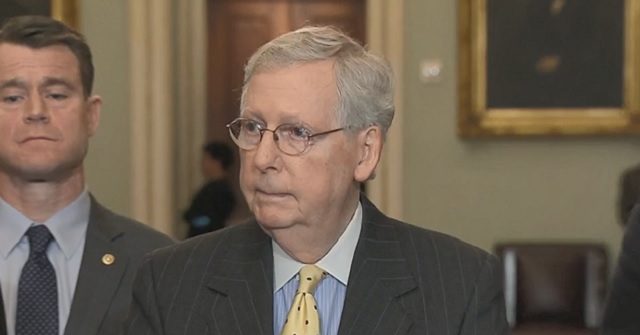 During a press conference on Tuesday, Senate Majority Leader Mitch McConnell (R-KY) stated that closing down the border could lead to a “potentially catastrophic economic impact on our country,” and that he hopes the border is not closed.

McConnell said, “Well, we certainly have a crisis at the border. I think the president’s right about that. Closing down the border would have a potentially catastrophic economic impact on our country, and I would hope we would not be doing that sort of thing.”