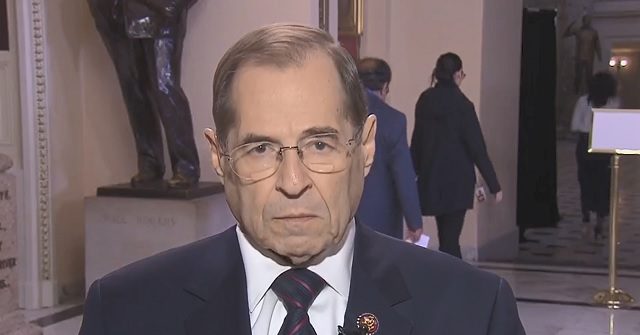 On Tuesday’s broadcast of CNN’s “Situation Room,” House Judiciary Committee Chairman Jerry Nadler (D-NY) stated that Attorney General William Barr is “an agent” of President Trump and “deserves no benefit of the doubt.”

Nadler said, “Well, the attorney general is an agent of the president. He auditioned for his job by saying that this kind of investigation was wrong and that the president could not possibly commit obstruction of justice…and he got the job in order to protect the president, who…got rid of Comey as the head of the FBI, got rid of Sessions as attorney general. Because they wouldn’t protect him personally. Barr was brought in to protect him personally. He’s a political appointee, and he deserves — and he made that clear in his 19-page memo saying that the whole investigation was wrong to start with, and therefore, he deserves no benefit of the doubt.”