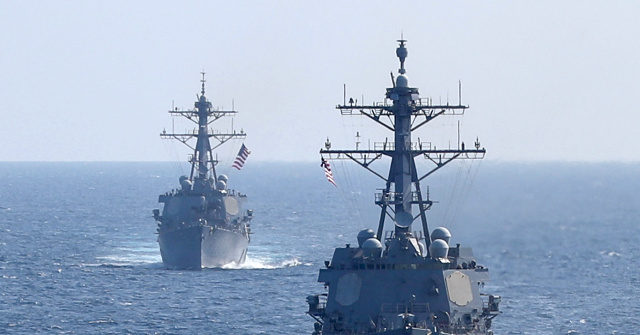 The Navy is planning a massive expansion of its warship fleet, announcing recently that it would add 30 heavily armed destroyers to its lineup of warships.

The destroyer warships would have the capability to conduct long-range attacks, fire missiles that intercept warships, and engage in sea-based warfare, the military trade website Warrior Maven reported Monday.

The Navy plans to add a total of 30 DDG 51 destroyers — including 22 DDG Flight III warships and eight DDG 51 Flight IIA destroyers — and is also looking to bolster its fleet of 32 attack submarines over the next 15 years.

Although the Navy is still in the process of constructing new ships, it plans to increase its current fleet of around 280 warships to 355 by the year 2034.

The ships will also include a radar and fire control system that would enable the ships to simultaneously conduct air warfare and shoot ballistic missiles.

Military leaders have been looking for ways to modernize their existing fleet as part of a decades-long movement to bolster the Navy’s fleet.

Military.com reported in September 2018 that naval officials have been studying ways to refurbish the existing fleet as part of the agency’s plan to build a 355-ship fleet by 2030.