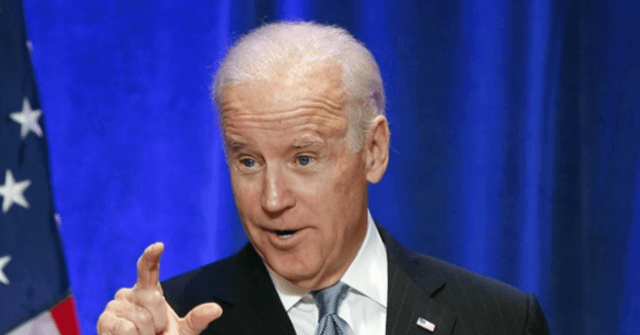 It’s not okay that Harvey Weinstein did it. It’s not okay that Charlie Rose did it. But when we learned in 2014 that then-Vice President Joe Biden exposed his naked body to women in the Secret Service, the media didn’t care. And the media still don’t care because Orange Man Bad.

He added, “Because of Biden’s lack of consideration as evidenced by that habit and his refusal to give agents advance notice of his trips back home, being assigned to his detail is considered the second worst assignment in the Secret Service after being assigned to protect Hillary Clinton.”

One agent told Kessler, “Biden likes to be revered as everyday Joe, and that’s his thing. But the reality is no agents want to go on his detail because Biden makes agents’ lives so tough.”

“Biden likes to swim nude both at his Vice President’s residence in Washington and also at his home in Wilmington which he goes back to several times a week … and this offends female Secret Service agents,” he told Fox News’s Sean Hannity. “They signed up to take a bullet for the President as you said but they didn’t sign up to — they certainly didn’t sign up to see Biden naked. It is offensive, it’s abusive.”

Who would do such a thing?

This is like hiring a maid and walking around the house nude because that’s what you did before you hired the maid.

There is nothing wrong with skinny-dipping … in private, and I can sympathize with those who lose their privacy when security is necessary. But no one forced Joe Biden to accept the role of vice president. He knew the deal going in, and to expose his naked body to female Secret Service agents is not only disrespectful and arrogant, it reeks of a perverse exploitation and abuse of power.

Naturally, the fake establishment media ignored the story at the time, just as they are now ignoring and even excusing Biden’s well-documented and very creepy predilection for inappropriately touching young women and children.

Two women have already come forward to accuse Biden of inappropriately touching them, and there are countless photos and video clips of Biden creeping out women and children with unwanted touching, nuzzling, and kissing. But media elitists such as Meghan McCain, Mika Brzezinski, and Alyssa Milano still defend him.

But this has nothing to do with principle on their part. We all know that if even one video existed of President Trump, Clarence Thomas, or Brett Kavanaugh doing this…

If that wasn’t disturbing enough, in this clip, Biden not only touches a young woman but smells her hair, kisses her, whispering something into her ear, only to tell her “see you back home, I hope” after visibly creeping out her and who I assume is her mother. pic.twitter.com/WrFLWmAPFJ

As former VP, Biden had a habit of smelling the hair of women and (particularly) little girls. In this clip, he fixes the hair of a little girl, conveniently placing his hands near her chest area. Her and the other young girl beside her clearly seem uncomfortable by it all. pic.twitter.com/fpER7WB604

or any of this…

…it would be all over and everyone knows it.

Hey, if the media want to fly cover for Creepy Joe now, that’s fine with me.

I would much rather this be litigated during the general election. 2020: Joe Biden Makes at Least 7 Gaffes at His Second Debate