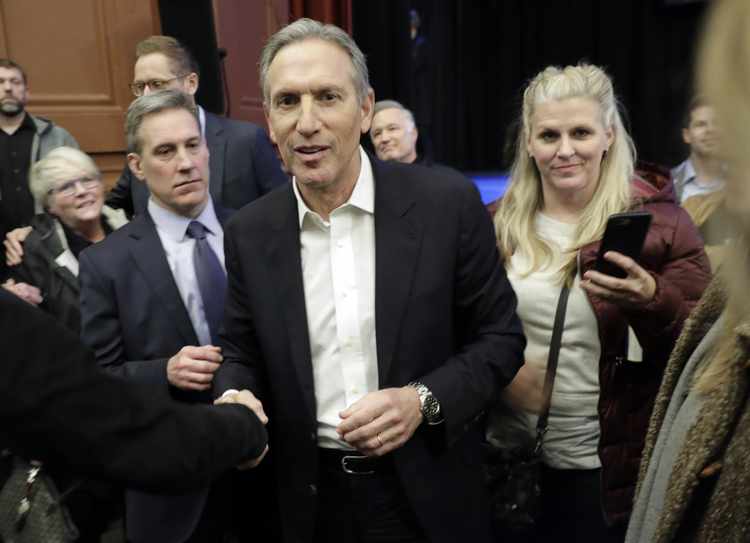 NASHVILLE, Tenn. — Although the Trump-obsessed national media — now focused on Democrats’ burgeoning field of 2020 challengers — have not caught on, the movement to reform American politics is building fast. Invigorated by major victories in 2018, advocates gathered here this past weekend to map out the next wave of reforms.

Fueled by deepening public distrust of the way national politics is conducted, the movement’s activist base is growing. The last time the leading reform group, RepresentUs, held an “Unrig Summit,” it had 1,500 attendees. In Nashville it attracted 2,000 people from all 50 states, representing hundreds of large and small national, state and local groups. Amped up by the presence of Academy Award winner Jennifer Lawrence, a bevy of country music performers and more than 200 speakers, including several reform-minded members of Congress, summiteers exuded enthusiasm that their idealistic cause of “saving democracy” from the polarized parties and monied special interests is on the road to success.

Besides orchestrating the annual summit, RepresentUs is the lead group assisting state activists in financing, strategizing and waging their reform campaigns. It now has 50,000 donors and 800,000 members.

It’s executive director, Josh Silver,  asserted that social progress is often  won first at the state level before catching on nationally. “That’s what we’re about,” he said, “win Washington by winning the states.”

Among the movement’s goals for 2020 are to enact ranked-choice voting in Massachusetts, Arkansas, Tennessee and New Hampshire—legislative bills to do so also have been introduced in Hawaii, Nevada and Iowa—and also create commissions to redraw legislative and congressional district maps in Virginia and Arkansas to combat partisan gerrymandering.

Other activists are running campaigns to elect the president by popular vote—an interstate compact to do so has been adopted in 14 states whose electoral votes total 184, and the effort needs states with just 86 more to effectively abolish the Electoral College.

This proposal is widely described as designed to help Democrats, but the leader of the group spearheading the compact, Patrick Rosenstiel, declared here that he is “a conservative Republican trapped in deep-blue Minnesota” whose vote does not count, as is the case in all but 14 swing states. Numerous other speakers in Nashville also identify as Republican or conservative — and Silver and others made clear that the movement has to be nonpartisan.

And while it’s true that many of the causes championed at the summit—curbing gun violence, enacting immigration reform, climate change action, expanding health care coverage and education funding—are associated with the Democratic Party, few, if any, speakers endorsed red meat progressive issues such the Green New Deal, “Medicare for All,” free college, or a guaranteed annual income.

Silver and others, including as Debilyn Molineaux of Bridge Alliance and Jim Jonas of the National Association of Nonpartisan Reformers, set a goal for the movement of amassing an activist core of 11 million on the basis of an academic study indicating that when 3.5 percent of a nation’s population is dedicated to a reform cause, it usually prevails. Right now, RepresentUs’ political director, Dan Krassner, estimates that the movement is a quarter-way there.

Another major goal is to expand funding of the movement. A research group, Leadership Now, estimates that $122 million is spent annually on major reform efforts, just 0.2 percent of the $53 billion spent on politics and lobbying by corporations, political parties and special interest groups.

One group, Unite America, has repurposed itself from running independent candidates for office—which largely failed in 2018—to assembling a network of wealthy donors and directing them to worthy reform efforts. It also intends to seek out independent-minded Republican and Democratic candidates for office, help them get elected and then join bipartisan groups in Congress like the Problem Solvers Caucus originated by No Labels.

Summit organizers were encouraged that the new Democratic majority in the House this year passed HR1, which contains a bevy of reforms such as automatic voter registration, anti-voter suppression provisions, restoration of provisions in the 1965 Voting Right Act struck down by the Supreme Court, disclosure of super PAC contributors to and sponsors of online political ads, and incentives for small-donor political contributions.

The bill has been denounced as “anti-free speech” by Senate Republican Leader Mitch McConnell, who refuses to bring it to a vote. And former Rep. Zach Wamp of Tennessee, a Republican active in the group Issue One, said that while HR1 was a worthy development, Democrats erred in passing it without seeking any GOP support.

Former Starbucks CEO Howard Schultz, who has announced that he is “considering” a presidential run as an independent, attended the summit. Declaring that “the system is corrupt,” he backed ranked-choice voting and other reforms—including one not on anyone else’s list: a requirement that Supreme Court justices be confirmed by two-thirds of the Senate.

At a pre-summit session held by the Bridge Alliance and NANR, other items of discussion were how to co-ordinate hundreds of groups and thousands of activists behind common themes, what to brand the movement (suggestions included Democracy Movement, Save Democracy Movement, Political Reform Movement, Restore America Movement, Citizens in Charge Movement) and how to gain regular coverage by the national media.

Some developments have been widely covered—such as Maine’s ranked-choice voting referendum—and a few news outlets have given coverage to the UnRig Summit and the movement as a whole.

But this movement potentially is as significant as the Progressive Movement that transformed politics and governance in the late 19th and early 20th centuries. It’s still flying largely under the national radar—as evidenced, for one thing, by the absence of polling on its goals. It deserves better.

Morton Kondracke is the retired executive editor of Roll Call and a former Fox News contributor. He is co-author, with Fred Barnes, of “Jack Kemp: The Bleeding Heart Conservative Who Changed America.”

Cowardly Chuck Schumer says Tucker invited him on his show, then uses invite to attack Tucker