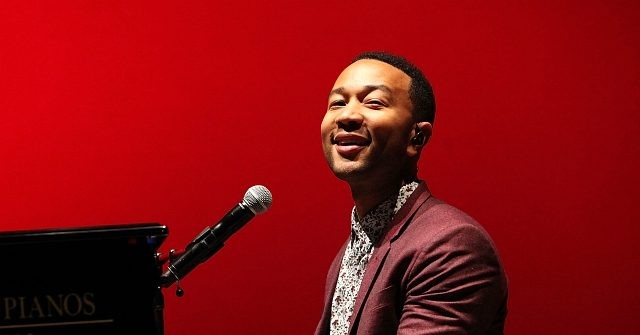 Google on Wednesday said users could activate Legend’s voice by commanding their Google Assistant to “talk like a Legend.”

“Today, we’re passing the mic to John Legend as he makes a cameo as the newest voice on your Google Assistant. Just say ”Hey Google, #TalkLikeALegend,” the Silicon Valley behemoth announced with a video of Legend performing several tasks, including playing music, and forecasting the weather.

Today, we’re passing the mic to John Legend as he makes a cameo as the newest voice on your Google Assistant. Just say ”Hey Google, #TalkLikeALegend” → https://t.co/bjYXLGXl5F #HeyGoogle pic.twitter.com/bzJ2ejT7nU

“Hi, John Legend here. I lent my voice to your Google assistant so you can hear me do things like answer your questions, brief you on the weather and tell jokes while the regular assistant voice handles the rest. Let’s have some fun,” the assistant replies when prompted.

In a blog post, Google touted Legend’s “silky smooth voice” and said the singer is able to answer questions or sing “Happy Birthday.”

“Cameo voices on the Assistant have been one of the top requests we’ve heard from you, and with the help of state-of-the-art speech synthesis model, WaveNet, they’re now a reality,” the post said.

Legend is one of six new system voices that were teased during last year’s Google I/O event. The English feature is solely available in the U.S, but may expand as more voices are added.

Google’s announcement comes amid reports Legend and his wife Chrissy Teigen will join Federal Reserve Chairman Jerome Powell at an upcoming retreat for House Democrats. The conference, slated to take place April 10-12th in Leesburg, Virginia, is titled “100 Days In: Fighting For The People.”

As Breitbart News has extensively reported, both Legend and Teigen outspoken critics of President Donald Trump and his supporters.

In 2016, Legend likened the president to Adolf Hitler and called him “one of the worst people I’ve ever encountered in public life” in 2017.

“I think he’s a terrible president. Manifestly unqualified,” the singer said at the time. “Not curious. Not good at legislating or doing anything that his job requires. Doesn’t have any depth about any subject. And he’s also using the office of the presidency as a way to make money for himself with his businesses, so he’s corrupt.”

Teigen have also decried Trump as “terrible human being” and said last year that she would “throw up” in her mouth if she ever encountered him.

Netanyahu vs. Kushner over Claims in New Memoir About Peace Deal, Annexation