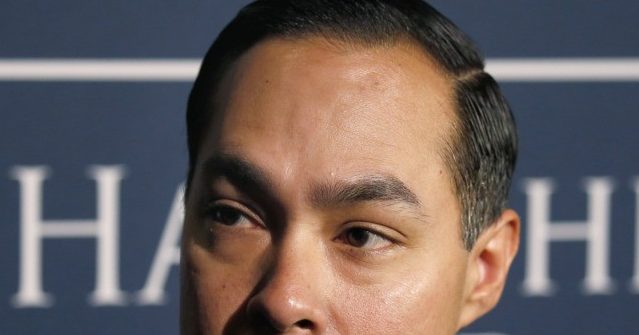 Wednesday on CNN’s “New Day,” former Obama administration Secretary of Housing and Urban Development and candidate for the 2020 Democratic presidential nomination Julian Castro said the Trump’s administration’s declaration of a national emergency at the U.S.-Mexico Border was “BS.”

He continued, “Right now this administration is playing games with them, not allowing them to present their claim for asylum at the border, keeping them caged in pens. Folks probably saw the other day, for instance, the visuals out of El Paso, they were under a bridge fenced in, in a pen, treated like animals. I don’t believe that we should do that. I have a different vision. I believe that we should go back to how this was handled before, about 2004.”

He added, “What I’m asking people to do is to recognize that this president’s cruelty has failed. He said about a year ago, this administration said if we would just be cruel enough to treat little children so badly, so cruelly that we would take them away from their mothers that that would deter more families from coming and instead the opposite is true, more families are coming today. So I’m saying we’ve tried cruelty, I believe that we should try compassion and that we’re still going to have a secure border.”