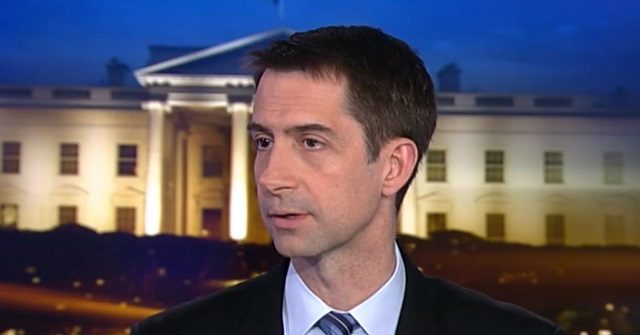 Cotton pointed to a watchdog group’s “F-rating” as proof such scrutiny was warranted.

“The Southern Poverty Law Center has over half a billion dollars,” he said. “About a quarter of it, Tucker is parked in overseas accounts as best we can tell. I don’t know many charitable advisers that say it is best practice to send your endowment to overseas accounts in the Caribbean. That’s one reason why Charity Watch gives them an ‘F-rating’ — a very well — very well deserved ‘F-rating.’ Because as you said, Tucker, they’ve really become kind of a hate group themselves. They have the so-called hate map, and they use it to stigmatize their political opponents, you know, respectable center-right organizations like the Family Research Council, their Alliance Defending Freedom. It’s fine if you don’t agree with those organizations. There are plenty of groups on the left I don’t agree with, but I don’t try to stigmatize them as a hate group and then go peddle that to CNN, The New York Times to try to attack their donors.”

The Arkansas Republican explained the ball was in the IRS’s court to conduct the review.

“The Internal Revenue Service is responsible for adjudicating initial tax exemptions and then also reviewing it as well,” Cotton added. “That’s why I’ve asked the IRS to review the Southern Poverty Law Center’s tax-exempt status. They were founded decades ago. They claim that their role was to fund lawsuits to eliminate the Democrat system of Jim Crow and segregation. Now they’ve turned into just a serial defamer of their political opponents. That’s why the IRS needs to relook at their tax-exempt status.”