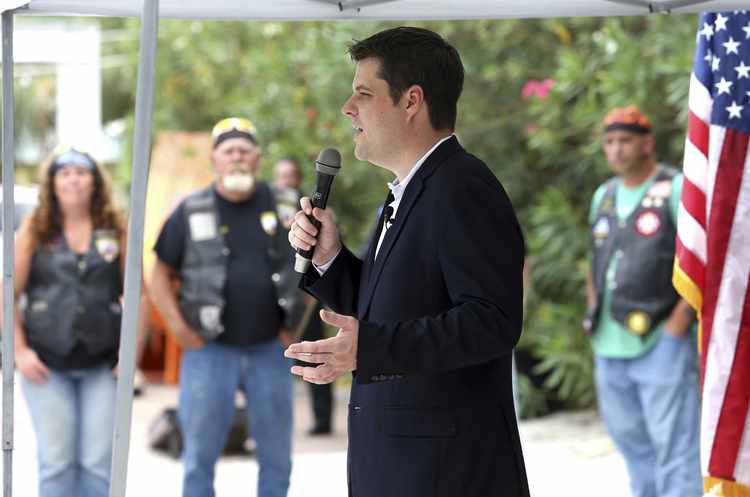 I wish climate change wasn’t real. A melting Arctic creates a more permissive environment for Russia and China to seize territory. Mass migrations of climate refugees erode borders and nations, creating a global playground for terrorists and traffickers. My Florida neighbors are still rebuilding their lives after devastating hurricanes.

The reality of climate change is a stupid thing to argue about. How we respond, however, hasn’t been afforded enough debate.

Congress’ most famous (and most powerful) new member has drafted a Green New Deal. It’s not an action plan — it’s the scope of what she believes Washington should control. Goodbye to cars, cows, airplanes, and buildings. Hello $93 trillion in new spending — excessive, considering our nation already runs trillion-dollar annual deficits against a $21 trillion national debt.

Despite this, the GND shouldn’t scare anyone, because it will never happen. In the Senate, even the GND’s own sponsors couldn’t bring themselves to vote yes on it.

What America needs is a Green Real Deal — a strategy linked to legislative proposals that can gain broad, bipartisan support. Climate change is too big for one political party to solve alone. We must address it as a nation, rather than lecture from the ivory towers of our own piety.

To unlock the potential of American innovation, grid upgrades will facilitate “net metering,” which allows property owners, shopping centers, hospitals, and schools to sell energy they create back to the grid. This creates incentives for corporations to maximize renewable energy production and allows homeowners to lower or eliminate their energy costs by embracing renewable energy.

The GRD rejects the fiction that Washington alone can solve problems. States should be encouraged to create tax incentives for energy production and efficiency upgrades, as Florida has. By supporting individual responsibility over government control, every American can be rewarded when the carbon footprint shrinks.

Americans always rise to the challenge when we empower individuals and deconstruct the limitations on our potential. Climate change is real. A response doesn’t demand subjugating our lives to expansive government control. It requires a Green Real Deal.

U.S. Military Tells Iraq They Are Preparing To Move Out So Who Was ‘Azra Turk’ Working For?