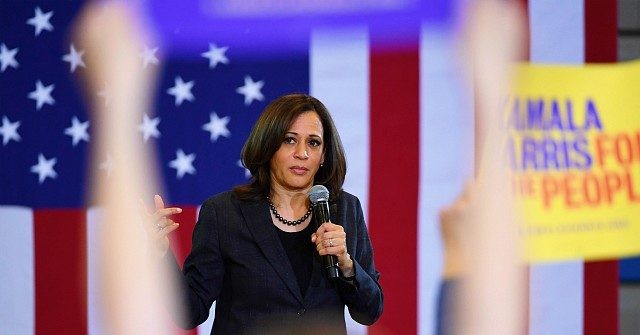 According to the Washington Examiner, Kamala Harris’ campaign is emulating Hillary Clinton’s in a variety of ways, especially when it comes to big money from Hollywood.

On March 20, Hollywood director J.J. Abrams and his wife, producer Katie McGrath, hosted a $2,800-per-person dinner with Harris. In 2015, Abrams and his wife donated $1 million to Clinton’s super PAC and were both some of the most vocal supporters of hers in Hollywood, with Abrams penning an op-ed in February 2016 calling Clinton the “strongest candidate.”

Hollywood talent powerhouses Ari Emanuel and Chris Silbermann were also listed as co-hosts for the Abrams dinner, meaning they committed at least $10,000 for Harris. During Clinton’s presidential run, Silbermann hosted a similar fundraiser at his home with his wife that was co-hosted by others who raised at least $27,000 for her campaign.

The Examiner also notes that Shonda Rhimes, the creator of hit TV dramas Scandal and Grey’s Anatomy and who co-chaired the Harris fundraiser, produced a video of Hillary Clinton for the 2016 DNC.

Other 2020 hopefuls are hitting the Hollywood campaign trail, looking for help from elites as they all hope to be the Democratic nominee.

Kamala Harris’ fundraising haul, an impressive $12 million, is still overshadowed by Sen. Bernie Sanders’ (D-VT) fundraising. The democratic socialist ran up an impressive $18.2 million in the first quarter of 2019. The average donation size to Sanders was $20.

As the New York Times reported Tuesday, Harris’s fundraising also largely comes from small donors, but also possibly has been funded by “hundreds” of large donors hitting the legal maximum.

Ms. Harris’s campaign said she had received 218,000 contributions in total and that 98 percent of her contributions were under $100. Her average donation was about $55. Her campaign did not say how much of her total those small contributions accounted for.

Ms. Harris has also raised money aggressively on the traditional fund-raising circuit and spent the final weekend of March dashing across California, from the Bay Area to Los Angeles, to raise as much as possible ahead of the first disclosure deadline of the 2020 race. Her campaign said only 0.55 percent of her individual donors gave the legal maximum of $2,800 — though that is still hundreds of contributors.

In the 2018 midterm elections, Hollywood flexed their muscles in earnest, digging into their deep pockets to fund Democratic candidates and Democratic-supporting Super PACs.

Celebrity involvement in the midterm elections was reportedly “unprecedented,” with over 99 percent of their donations going to Democrats and Democratic causes.