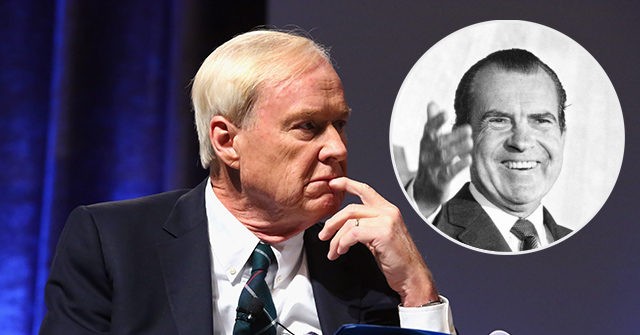 Tuesday on MSNBC’s “Hardball,” host Chris Matthews offered his take on the Democratic Party’s drift to the far-left, which he warned could have an impact on the 2020 presidential election.

He suggested such a scenario could be possible in 2020 if Democrats nominated a far-left candidate to go up against President Donald Trump in 2020.

“I have been thinking about who is going to take back the White House, who’s going to win the Democratic nomination next spring then go on to defeat Donald Trump in November 2020,” he said. “What if the Democrats nominated a candidate who supports the key progressive issues of today, getting rid of the Electoral College, increasing the size of the U.S. Supreme Court, creating a government-run, national health system, paying a significant chunk of college tuition, liberalizing abortion laws, especially late in term and presenting immigration policies that would allow interpretation as open borders, including socialists, by the way, in the Democratic coalition? Suppose the candidate, she or he, carrying all those positions is the one picked to go up against Donald Trump. How will this choice strike the voters in such electoral swing states as Pennsylvania, Michigan, Wisconsin, Minnesota, Ohio, even Virginia and North Carolina?”

“What’s hard is to identify a leading candidate that is resisting the move to the left,” Matthews continued. “Very hard because all seem determined to hold their own among those young, strongly progressive, often minority voters expected to make up the voting base in the early states. I have a strong memory of how this pattern of Democratic Party behavior worked out the last time the party went hard to the left. It was 1972. George McGovern was the chosen nominee. Everyone enjoyed themselves. The convention was giddy with excitement even if not that well organized. I was there watching the Massachusetts delegation actually dancing in a circle. They were so happy. The Democrats lost 49 states that year to Richard Nixon who not only carried the Electoral College, losing only Massachusetts and D.C. but 60 percent of the popular vote.”