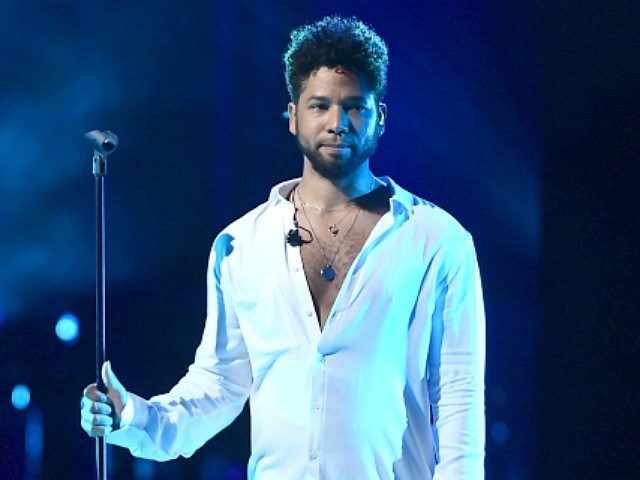 The crooked Cook County state’s attorney saved Jussie Smollett from taking legal responsibility for his hate crime hoax, but the entertainment community is making damn sure he suffers career consequences.

Jussie Smollett undoubtedly assumed he would be inoculated from ridicule no matter what he did since, in the sacred cow department, his “identity” is a quadruple threat: black, gay, a leftist, a Trump hater. This means that under normal circumstances, there isn’t anything he could not get away with; that every terrible thing he did would actually increase his standing within the Hollywood community. Just look at Alec Baldwin, Kathy Griffin, James Gunn, and Jake Tapper.

Smollett’s hate hoax, however, is a bridge too far, even for Hollywood, and thus far he’s been held up for public ridicule and eviscerated by Saturday Night Live, Chris Rock, and Tracy Morgan, and Jimmy Fallon.

For a decade, no one had the moral courage to mock Barack or Michelle Obama, Eric Holder, Joe Biden, etc… But Jussie is getting laughed off the planet; nowhere near as loudly as a conservative would in this circumstance, but still.

And this is not a small deal, because what it means is that the very small and very tight world of show biz is writing him off, casting him out, voting him off the island.

There are even serious rumblings Smollett will be fired from his hit TV series Empire, which would be a devastating blow for a 36-year-old so desperate for fame and fortune he manufactured a ludicrous but potentially dangerous hate crime against himself.

Empire producers might have no choice but to fire Smollett. Since his hate hoax was exposed, ratings for the aging series have bottomed out. This ratings crash also directly reflects on Smollett since he stars in these episodes. The producers did not remove him until recently, which means his toxic appearance will remain until the season’s final two or three episodes.

Another factor in Fox’s decision will be public opinion, and when you have SNL and Chris Rock telling the world Smollett is a joke who doesn’t deserve respect, the writing is on the wall.

But Smollett is a joke, a walking punchline, a circus clown who has destroyed his public persona unlike anyone since O.J. Simpson.

Worse still, in the process of making a public fool of himself, he did something everyone agrees is beyond contempt.

In the middle of a freezing Chicago night, Smollett claimed he was assaulted by two white Trump supporters who wore Make America Great Again hats, poured bleach on his black skin, wrapped a noose around his neck, and screamed “This is MAGA country!”

It also appears as though Smollett planned on having this hoax recorded on a surveillance camera. Thankfully, the camera was pointing the wrong way.

Can you imagine if this fake attack had been caught on film?

We all watched in open-mouthed horror as illegitimate and irresponsible news outlets like CNN fire hosed the predominantly black, working class city of Ferguson, Missouri, with the “Hands Up, Don’t Shoot!” hoax. What demagogues like Don Lemon and Chris Cuomo would have done with footage of two Trump supporters assaulting a gay, black man is the stuff of nightmares.

And let’s not forget that Smollett is currently standing by his ridiculous story, which means he is hanging two innocent black men out to dry. Obviously they are not innocent of conspiring to fabricate a hate hoax, but they are innocent of a hate-driven assault, which is a much more serious crime.

So what we have here is a man willing to risk delivering the horrors of Ferguson to Chicago just so he can enhance his public profile and assume the role of a living martyr by framing supporters of President Trump.

But just as damaging to Smollett’s career and reputation is the fact that his scheme was so stupid and poorly planned he is now the Wile E. Coyote of hate crimes, which begs for ridicule.

Exclusive: Army Training Says Soldiers Must Shower with Transgender Persons of Opposite Sex