The Human Toll of Our Crumbling Infrastructure 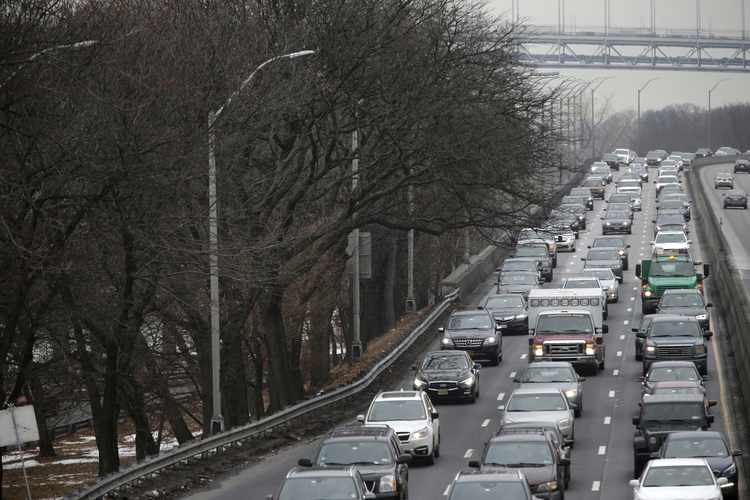 Everyone has a traffic horror story that’s come with a high cost—a missed meeting, family dinner, or the Little League opening pitch.  These are the moments and memories that are lost as we sit imprisoned in our vehicles.  Today, the biggest obstacle that stands between us and the places we work, live and play is thousands of miles of crumbling roads, highways and bridges that are creating bottlenecks and gridlock.

The problem has reached a tipping point.  Just last month, chunks of falling concrete struck cars traveling under bridges in California and Massachusetts.  We are no longer facing a future highway maintenance crisis.  We’re living it.  In nearly 53 percent of the highway fatalities, the condition of the roadway contributed.  Every day we fail to invest, we’re putting more lives at risk.

In February, the American Transportation Research Institute released its annual list of top 100 bottlenecks in the country that rob us all of time and money. Time wasted sitting in traffic – rather than at work or with our families – has skyrocketed.  The typical commuter spends 42 hours each year sitting in traffic, and motorists now pay an annual average of $1,600 in vehicle repairs, wasted gas and lost time – all as a result of our failing infrastructure. The trucking industry loses 1.2 billion hours of productivity every year because of traffic congestion, which is the equivalent of 425,000 truck drivers sitting idle for an entire year.  That adds $74.5 billion in additional operating costs to the nation’s supply chain – costs that ultimately reach the end consumer.

Fortunately, our leaders in Washington appear to be inching toward cooperation to fix the problem as House Democrats and the Republican administration have each signaled a desire to find common ground on this issue.  To get there we need an innovative solution.  America’s truckers believe that our nation’s roads and bridges should be paid for by the users that travel on them every day.  While trucks make up just 4% of the vehicles on our nation’s highways, trucking already pays for nearly half of the Highway Trust Fund — and we’re willing to pay more.  That’s why we have proposed the Build America Fund: a five-cent-per-gallon user fee added on to all transportation fuels each year for four years, including diesel, gasoline and natural gas.

The fee will be applied at the wholesale terminal rack, before the retail gas pump, and indexed to inflation and improvements in fuel efficiency.  The business community, including the trucking industry, will shoulder a large share of the $340 billion that the plan would generate.

The Build America Fund is the most fiscally conservative proposal, costing less than .01 cent on the dollar to administer.  This is new and real revenue for our nation’s roads and bridges, not fake funding like toll roads, which cost up to .35 cents a dollar for tolling schemes — the very definition of highway robbery.  User fees have seen broad support in the past.  President Reagan twice increased the user fee, which was supported by Democrats and Republicans, organized labor and the business community, as the best way to invest in roads and bridges.  Today, user fees are seeing support from governors in Ohio, Michigan and Alabama and multiple other states in legislation to help shore up their own infrastructure needs.

The immediate revenue generated from this fund comes at a critical time, as multiple indicators are pointing to a softening of the U.S. economy.  This problem will only be exacerbated if our deteriorating infrastructure prevents us from moving goods quickly and efficiently.  Investment now is essential to sustaining economic growth in the coming years.

Too often, lawmakers get caught up in the politics, pay-fors and big price tags of fixing our infrastructure, but they often forget the human toll and the wasted time and money that are being bled every day on the roads.  Let’s end the nightmare that Americans are living through and put them on the road to a better future.

Chris Spear is president and CEO of American Trucking Associations.

How to Control Your Soul’s Desire for Freedom

The most hated man in America if you’re a Democrat…