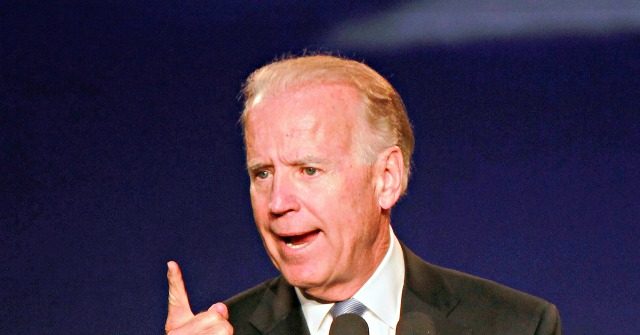 Two more women have come forward to accuse former Vice President Joe Biden of inappropriately touching them in an article for the New York Times.

Former college student and sexual assault survivor Caitlyn Caruso told the Times that Biden rested his hand on her thigh at an event on sexual assault at the University of Nevada and hugged her “just a little bit too long.”

Biden attended an event in 2016 at the University of Nevada in Las Vegas with Lady Gaga, who performed her Oscar-nominated song about sexual assault, “Til it Happens to You.”

Biden told the students in his speech that he was committed to changing the culture of sexual assault, particularly on college campuses, recalling that his father taught him the worst sin was abuse of power.

“The worst sin they could commit was to abuse power, whether it was economic power, political power, or physical power, this is the God’s truth,” Biden said.

He said that his father also told him that the cardinal sin was raising an abusive hand to a defenseless woman or child.

“Folks, this isn’t about sex, this is about power,” he said. “This is about the abuse of power.

Biden even praised Caruso and one other woman for having the courage to tell their stories.

“What I admire about the two young women who spoke to you before I came on, is when you’ve ever had a serious tragedy in your life, it’s hard to talk about because you relive it when it happens,” he said.

Writer D. J. Hill told the Times that Biden moved his hand from Caruso’s shoulder down her lower back, which made her uncomfortable at an event, causing her husband to intervene.

The two women join former Nevada Assemblywoman Lucy Flores. who said that Biden made her uncomfortable after he smelled her hair and kissed her head at a campaign event, and Amy Lappos, who said  Biden grabbed her head and pulled her close to “rub noses.”

Biden defended his behavior in a weekend statement insisting that he did not act inappropriately with anyone during “countless handshakes, hugs, expressions of affection, support and comfort” throughout his political career.

“Not once — never — did I believe I acted inappropriately,” he said. “If it is suggested I did so, I will listen respectfully. But it was never my intention.” Trump Triples Down: ‘If You’re Not Happy Here, Then You Can Leave’ Speier: If We Don’t Move on Impeachment by September 1, ‘We Should Just Shut It Down’ | Breitbart