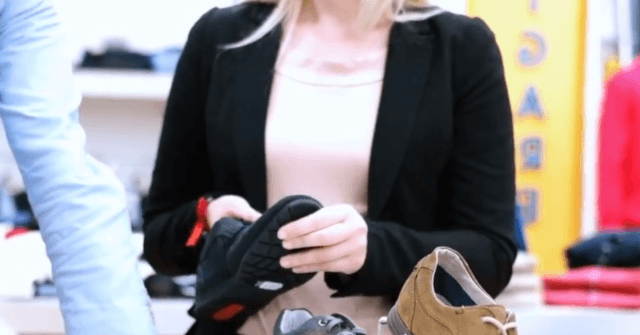 Addy Tritt bought every shoe in a Kansas Payless ShoeSource liquidation sale for $100.

At the Big Creek Crossing location in Hays, Kansas, all shoes were marked down to just one dollar a pair. But in the interest of aiding the victims of the recent, devastating Nebraska flood, Tritt contacted Payless and worked out a deal to buy all 204 remaining pairs of shoes for less than half that price.

“I have been so blessed,” she told the Hays Post. “There have been so many great people in my life who have inspired me. I see so many horrible things in the news. So many people have helped me when I was down, I want to help if I can.”

It will very likely be the shoe company’s last charitable act; in February, Payless announced that all 2,100 locations throughout the U.S. and Puerto Rico would close. All told, 162 pairs of baby shoes, 44 pairs of women’s shoes and 2 pairs of men’s shoes were offered to the flood victims.

Over $1 billion in damage has already been done to Nebraska and Iowa communities by flooding from the deadly “bomb cyclone.”

“I really feel I have been directed and guided to help people,” Tritt said. “I think everything is a part of God’s plan. If you can do something for someone else, you need to find a way even if it is a pair of shoes.”

“I just hope this inspires other people to volunteer and donate if you have been blessed,” she said.

Netflix Wins: Streaming Films Will Still Be Eligible for Oscars