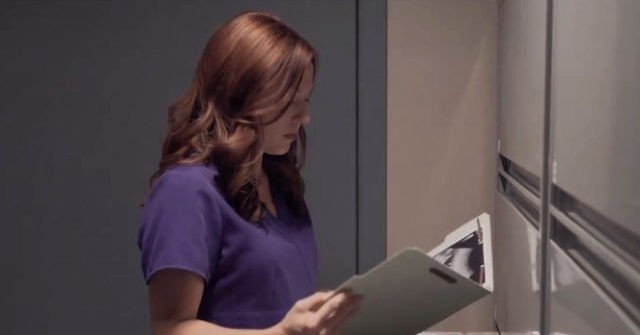 The road to the big screen has been a rocky one for Unplanned, the movie based on the life of former Planned Parenthood clinic director turned pro-life activist Abby Johnson.

Aside from many media companies refusing to advertise the film, which opened in 1,000 theaters last weekend, Twitter temporarily banned the movie’s account on opening weekend, and a rocky reinstatement caused followers to fall away and did not allow new followers to sign on.

Everyone from Ashley Bratcher, the woman who portrays Johnson in the film, to Sen. Ted Cruz (R-TX) tweeted their frustration about what they saw as the social media giant’s censorship of a pro-life movie.

“Trying to figure out why the @UnplannedMovie account has been suspended,” Bratcher tweeted. “We need answers. #unplannedmovie”

Trying to figure out why the @UnplannedMovie account has been suspended. We need answers. #unplannedmovie pic.twitter.com/rTIXVzHwI5

“Big Tech’s attempted censorship of @UnplannedMovie is deeply troubling,” Cruz tweeted. “And revealing. Why is the Left so afraid of people seeing this powerful story?  Regardless of where you fall on abortion, you owe it yourself to see this thought-provoking true story & decide for yourself.”

Big Tech’s attempted censorship of @UnplannedMovie is deeply troubling. And reveling. Why is the Left so afraid of people seeing this powerful story? Regardless of where you fall on abortion, you owe it yourself to see this thought-provoking true story & decide for yourself. https://t.co/sfxsxULMb2

Rev. Patrick Mahoney of the Christian Defense Coalition and Brandi Swindell, founder and CEO of Stanton Healthcare, showed up at Twitter’s D.C. headquarters on Tuesday to protest.

A few others joined them on the sidewalk to talk about how the movie reveals what really happens behind closed doors at Planned Parenthood abortion clinics, and how one woman’s decision to quit her job, write a book about her experience, and help some 500 others leave jobs with the nation’s largest abortion provider is inspirational.

“We’re here for a number of reasons,” Mahoney told Breitbart News. “But the main one has to do with Twitter’s unfair prejudice and censorship of the film Unplanned, and by extension, many faith-based groups, organizations, and individuals or conservative individuals.”

“Realizing that innocent lives were being taken, Abby took a heroic stand for life,” Mahoney said. “Abby took a courageous stand, risking her reputation, her career, and she was even taken to court, and it showed her embracing the powerful message of equality for everyone.”

“If [Twitter] is misleading the American public, that needs to be looked into,” Mahoney said.

“It is an outrage how Twitter has treated the film Unplanned and violated their corporate values in the process,” Swindell said. “It is now apparent that Twitter is not a forum and free marketplace of diverse values and opinions but rather a mouthpiece for only voices they agree with.”

“Every American who cherishes free and open speech should be speaking out about the manipulation of Twitter, and they’re misleading the public on how they operate as a corporation,” Swindell said.

Swindell, who runs what she calls “life-affirming” women’s health clinics in the United States and abroad, called the movie “life-changing” and “pro-woman” and said it was “deeply troubling” that Twitter would censor the film’s account even for a short time.

But despite what seemed like a broad campaign to keep Unplanned out of the public eye, according to the Box Office Mojo, the film ranked fourth in the country on its opening weekend, earning $6.3 million — more than double what industry experts predicted.

The movie’s account was restored within an hour and a half, an estimate confirmed by producer Joe Knopp. But that was enough to convince fans that the suspension was a result of “pro-abortion bias,” as prominent activist Lila Rose alleged. A Twitter spokesperson told me that the suspension was automatically triggered because the system perceived that an account related to Unplanned’s had been suspended at some point in the past. Twitter scans for evidence of “ban evasion”—accounts opened by people who have previously been booted from the platform. (The Unplanned account has been tweeting since September, so it is not clear why Twitter’s system flagged it last weekend.) When an account is reinstated after a ban, the company said, it takes time for the follower count to stabilize; the follow-button glitch is a not-uncommon related issue.

An algorithmic glitch is less glamorous than a grand narrative of suppression and needless to say the brief suspension has not hurt the movie’s word-of-mouth publicity efforts. The movie has picked up about 275,000 Twitter followers since Saturday, and Knopp said it would appear in 700 new theaters next weekend.

In fact, as of Wednesday, the Unplanned Twitter account has more than 340,000 followers compared to Planned Parenthood, which shows 270,000 followers.

The Wall Street Journal ran an op-ed on Unplanned and the Twitter debacle, noting that the film has had an account since August but was never flagged until its opening weekend.

“Perhaps users would find it more useful if Twitter stopped modeling and organizing and allowed users more power to decide for themselves what’s timely and relevant,” the Journal wrote. “Social media companies have made a fortune because so much of their content is free and user-generated.”

“But Saturday was a reminder that sometimes it’s not at all user-friendly,” the Journal wrote. “Perhaps this week regular Twitter users should go see a movie instead.”