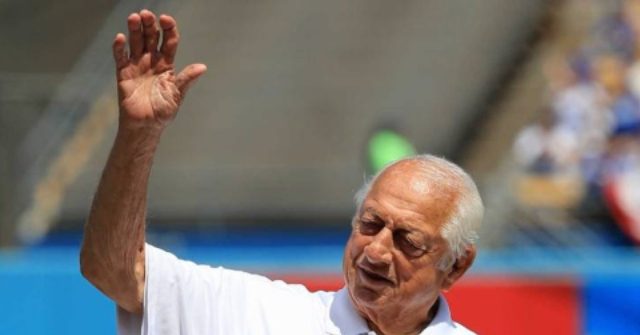 The scheduled bobblehead night for Lasorda was supposed to take place later this season.

The team is suing Plan P2 Promotions for $175,000 for breach of contract after the company failed to manufacture the toys, according to Sporting News.

The contract apparently stipulated that the bobbleheads should be made of “100% hand-painted, break-resistant poly-resin.” But the items were never delivered, and it is now too late to fill the contract somewhere else in time for the scheduled night.

Lasorda is one of the most storied baseball managers of all time and managed the Dodgers for 21 seasons. The 91-year-old led the team to two World Series wins (1981 and 1988) and retired in 1996.