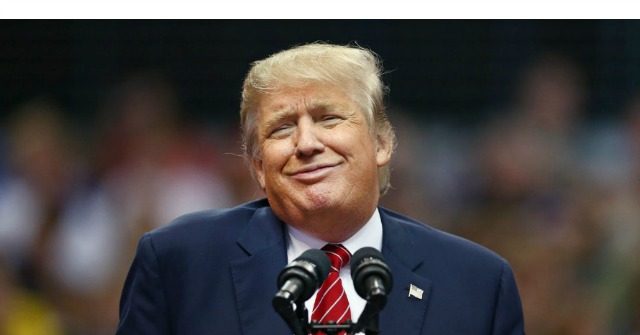 “Is that all? Oh. Usually, it’s ten so I guess they’re giving up,” Trump replied when asked about the news by reporters at the White House.

House Ways and Means Chairman Richard Neal (D-MA) requested six years of Trump’s taxes, thwarting the president’s decision not to release them during his run for office.

Trump used the same excuse he used during the election, noting that he would not release his returns because he was being audited.

“We are under audit, despite what people said, and we’re working that out, I’m always under audit, it seems, but I’ve been under audit for many years because the numbers are big, and I guess when you have a name, you’re audited,” he said.

But Neal insisted that the IRS prove that they were conducting proper oversight over Trump’s taxes.

“It is critical to ensure the accountability of our government and elected officials,” he said in a statement. “To maintain trust in our democracy, the American people must be assured that their government is operating properly, as laws intend.”

The IRS falls under the purview of Treasury Secretary Steven Mnuchin, setting up a fight between the executive and the legislative branch. Jimmy Fallon: Fauci Retirement has 'Everyone' Wondering if Biden Will Do the Same