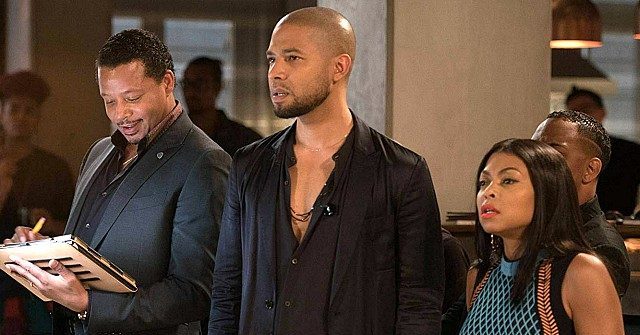 Ratings for the Fox TV series Empire barely improved this week since hitting an all-time low last week after its star, Jussie Smollett, had felony charges for allegedly faking a hate crime against himself dropped.

According to TV Line, “Fox’s Empire this Wednesday drew 4.1 million total viewers and a 1.2 demo rating, ticking up from last week’s series lows to end a slide that spanned four episodes.”

Last week, the series cratered to a low of 3.97 million viewers and a 1.1 rating. Throughout March, the series suffered significantly lower ratings than from before Smollett’s alleged hate hoax.

Cook County prosecutors dropped felony charges against Smollett last week. The 37-year-old was originally charged in February with disorderly conduct after Chicago police reported that Smollett staged a racist, homophobic attack against himself.

In January, Smollett claimed that two men attacked him in downtown Chicago, put a rope around his neck and poured a chemical on him while yelling “This is MAGA country!”

President Donald Trump mocked the Empire star at a Michigan rally last week, saying, “Very important–MAGA country – you heard the other day? How about in Chicago?”

“He said, he said, he was attacked by ‘MAGA country.’ Ever hear that one? Maybe the only time I’ve ever agreed with the mayor of Chicago right there. That’s a terrible situation. That’s an embarrassment not only to Chicago, that is an embarrassment to our country, what took place there. Remember that.”

However, Smollett isn’t out of the woods yet. He is still reportedly under FBI investigation for mail fraud.