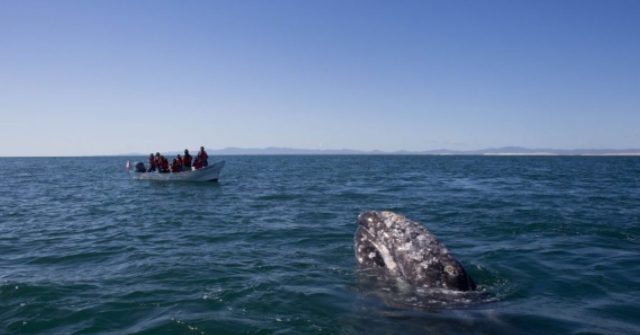 Federal officials have proposed an exemption which would allow a Native American tribe in Washington to continue to hunt whales, despite a federal law banning the practice.

Officials with the National Oceanic and Atmospheric Administration proposed that members of the Makah tribe be able to hunt grey whales for 10 years, despite the prohibitions against the practice set forth in the Marine Mammals Protection Act.

According to the Hill:

The MMPA waiver is subject to a public hearing before an administrative law judge on Aug. 12 in federal court in Seattle.

The Makah tribe has historically harvested stranded whales and also hunted whales, but it hasn’t done so legally since 1999.

In 2007, five Makah members illegally hunted and killed a grey whale, and two were put in jail.

The controversy over the Makah’s right to whale stems from their 1855 Treaty of Neah Bay with the U.S. government.

The Makah entered into a treaty with the U.S. government, in which they gave 300,000 acres of land in exchange for the right to continue hunting whales.

The agreement struck in that treaty, formed the basis for the Makah’s request for an exemption to the MMPA in 2005.