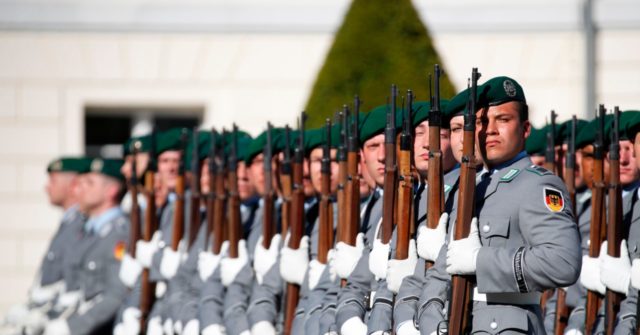 Rabbis stand ready join the ranks of the German army for the first time in 100 years, as the Bundeswehr looks to expand pastoral care for Jews in all services amid signs of a national resurgence of anti-Semitism.

Defense Minister Ursula von der Leyen said her ministry will appoint Jewish chaplains to the Bundeswehr based on recommendations from the Central Council of Jews in Germany, the peak organization that represents the approximately 200,000 members of Jewish communities across the nation.

There are currently 62,194 soldiers on active service in the German Army,  and while servicemen and women are not obliged to reveal their faith, the ministry estimates there are about 300 Jews serving in the Bundeswehr.

“This is an important signal at a time when anti-Semitism, religious polarisation and narrow-mindedness are on the march in many places,” defence minister Ursula von der Leyen said in a statement reported by the JTA.

Von der Leyen added she was both “grateful and humbled to know that Jewish women and men serve in our Bundeswehr,” saying every soldier, including Jews and Muslims, has the right to “undisturbed religious practice and pastoral care.”

According to the Central Council, the future German military rabbis will work both in a pastoral capacity, and in instructing soldiers of all religious backgrounds, “enriching their ethical education … with a Jewish contribution.”

The news comes in the wake of warnings in January that there was a significant level of ignorance about the Holocaust and a lack of sympathy for the millions of victims — especially among young people and recently arrived immigrants. A recent EU survey suggested that insecurity fuelled by anti-Semitism has prompted a growing number of British, German and Swedish Jews to consider leaving their countries.

Germany’s population of 82.8 million now includes only about 200,000 Jews. Berlin is the biggest center with about 40,000. Before Adolf Hitler and his Nazi Party came to power, Germany had a Jewish population of about 500,000.

Kinzinger to Voters: GOP Leaders Like Tom Cotton 'Abusing You,' 'Stealing Your Money'