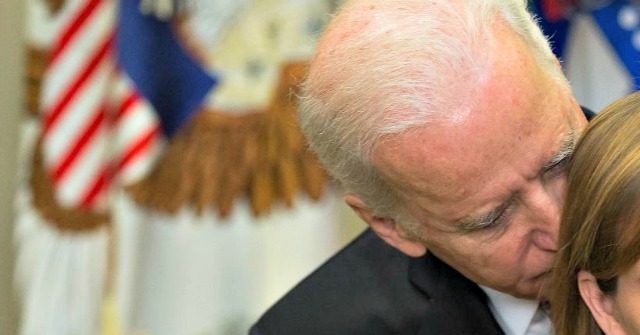 In a two minute video shared to social media Wednesday, the potential 2020 Democrat presidential contender said hugs and shoulder grabs were his way of showing support to others, but pledged to be “more mindful about respecting personal space in the future.” As of Thursday, seven women have accused the 76-year-old of inappropriate touching.

POPPY HARLOW: Let’s talk about former Vice President Joe Biden, who has not jumped in, but is widely expected to. I don’t know if we have the video of him. Do we have it? Could we place it?

JOE BIDEN: Folks in the coming month I expect to be talking about a whole lot of issues and I’ll always be direct with you. Today, I want to talk about the gestures of support and encouragement that I’ve made to women and some men. I made them uncomfortable.

HARLOW: Okay, he didn’t apologize. What does that mean for him? Will it hurt him if he runs?

JESS MCINTOSH: Yeah, I mean, he’s got to take responsibility. I think that’s what women are waiting to hear him do. This excuse that societal norms have changed just doesn’t wash. I mean, that sort of paternal behavior towards women, in a professional setting, has been making women feel uncomfortable for generations. The only societal norm that has changed is that men seem to be taking us seriously when we complain about it now. So, the idea that this behavior used to be okay, and now it’s not, just really doesn’t wash.

Report: Chicago Police Took over 20 Minutes to Respond to ‘Intentional’ Hit-and-Run that Killed 3 and Injured 2