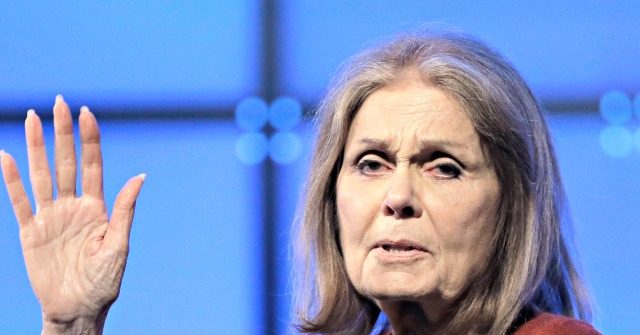 Left-wing activist Gloria Steinem told Planned Parenthood advocates Wednesday “there is no democracy” without the right to make the decision to have an abortion.

Speaking to a packed room of Planned Parenthood supporters in Stamford, renowned women’s rights activist Gloria Steinem took aim at the White House, and particularly the president, over efforts to limit women’s access to abortion and health care. https://t.co/vjEynBMbQX

“Our ability, men and women, to make decisions over our own bodies is the first step of democracy,” the feminist said, according to the Stamford Advocate. “There is no democracy without that.”

The new regulation prohibits the use of the funds to “perform, promote, refer for, or support abortion as a method of family planning.”

Steinem said the new rule is not unexpected.

“The first step in every hierarchy is controlling reproduction of women,” she said. “It’s called patriarchy.”

Steinem said she has never called Trump “president” since he lost the popular vote by 2.8 million votes, and said she supports getting rid of the Electoral College.

She also made disparaging comments about Trump’s appearance, referring to him as “nasty” and “flaccid.”

“No wonder he has to pay,” she said, referring to Trump paying for sex.

Amanda Skinner, president of the Planned Parenthood affiliate, also said women’s “reproductive rights are under attack like never before.”

“President Trump and his allies are hellbent in turning back the clock to a time when women were devalued and dismissed,” she continued. “In this kind of environment, it is more important than ever to stand up for your values and to take action.”

Steinem also praised black women for being the “heart and soul of the women’s movement.”

She added, however, that Congress still fails to represent the general population of the nation.

“It just doesn’t look like a democracy yet,” she said, adding it is “kind of great” that the United States will no longer be a white-majority country soon.

NYC Mayor Bill De Blasio: 'Human Reality' Is Workers Will Get Vaccinated When They Realize They're Not Getting Paid