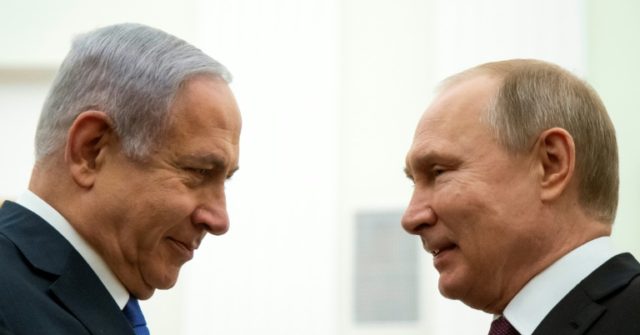 TEL AVIV – An emotional Benjamin Netanyahu summed up the decades-long search mission for an Israeli soldier whose body was returned to Israel Wednesday, saying the event was “one of the most moving moments in all my years as prime minister.”

In 1982, Sgt. First Class Zachary Baumel, who was also a U.S. citizen, went missing in action at the age of 21 along with five other Israeli soldiers during the First Lebanon War’s bloody Sultan Yacoub battle against the Syrian army in Lebanon’s Bekaa Valley.

Several years after the war, two of the missing soldiers were returned to Israel alive as part of prisoner exchange deals with Syria. Baumel and the others’ fate remained a mystery, but they are believed to have been killed in battle.

Baumel’s parents, New York natives who moved to Jerusalem, launched a years-long search and rescue campaign to find their son.

Baumel’s mother, Miriam, is 90 years old, but his father, Yona, sadly passed away 10 years ago, believing until his dying day that his son was still alive.

His belief was fueled by initial reports in the Syrian media, which then spread to international outlets including Time magazine and the Associated Press, that Baumel was alive and had been paraded through Damascus as part of a “victory march.” Even former Syrian president Hafez Assad spread news to the effect that Baumel and the other two soldiers were alive.

Baumel’s father launched an international campaign to locate his son, and his search brought him all over the world, interviewing hundreds of people who may have had information.

“I remember Zachary’s father, Yona,” Netanyahu said. “I remember well his pain when he spoke about his son, about his yearning, about his longing. He traveled the world in order to locate any piece of information about his missing son. Many times Yona told me with tears in his eyes that he had one prayer: to find Zachary before he himself passed away. To our sorrow, Yona passed away about a decade ago and is not with us today at this wrenching moment.”

“In his last words to his parents, which he wrote on a postcard before the battle at Sultan Yacoub, Zachary wrote, ‘Don’t worry, everything is okay, but it looks like I won’t be home for a while.’ It took the State of Israel 37 years to bring him back home,” Netanyahu said.

He vowed that Israel would continue to search for the other missing soldiers, Zvi Feldman and Yehuda Katz.

“We will not cease from this sacred mission,” he said.

In a 2003 article for the Jerusalem Post, Zachary’s father Yona wrote, “To this day we continue to receive reports that Zecharia is alive. I know one ultimate fact: that after so many years and having been through so much, we want closure. We want the truth.”

During a joint press conference with Netanyahu, Putin said his country’s military had located Baumel’s remains. “Russian Army soldiers found the body in coordination with the Syrian military,” he said.

Netanyahu attended an official Russian Defense Ministry ceremony with Russian Chief of the General Staff Valery Gerasimov in Moscow. During the ceremony, Netanyahu was presented with Baumel’s personal effects in a casket draped with an Israeli flag, including the soldier’s jumpsuit and military boots.

“This emotional day, and this moving ceremony, give further expression to the special bond between the Russian people and the Jewish people,” Netanyahu said.

“We will never forget the enormous sacrifice of the Russian people and the Red Army in saving humanity and in saving the Jewish people from the Nazi monster,” Netanyahu said. “Hundreds of thousands of Jews fought heroically in the ranks of the Red Army and many of them we are now familiar with in Israel. They still wear their medals, and many others helped establish the IDF.”

“It warms the heart,” Netanyahu continued, “to see the partnership of values, of honoring soldiers, of the fellowship of soldiers, of comrades-in-arms, and the important principle of never leaving anyone behind.”

Baumel’s funeral was scheduled for 7 p.m. on Jerusalem’s Mount Herzl, the IDF said.