Nolte: Not a Single CNN Show Placed in Top 20 During First Quarter of 2019 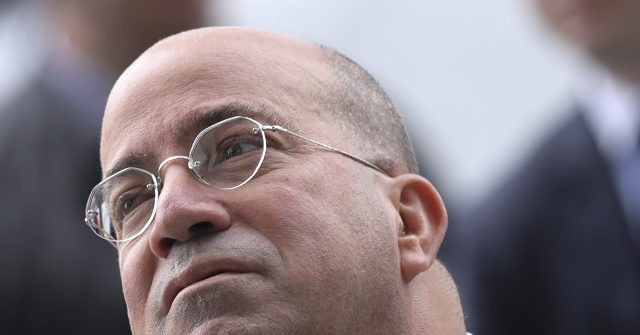 CNN is so unpopular that throughout the first quarter of 2019, not a single CNN show averaged enough viewers to reach the top 20.

And that’s not the top in all of cable television, that’s the top 20 divided by only three networks: Fox News, MSNBC, and CNN.

In other words, with only two other networks as competition, CNN could not place even one show in the top 20.

Actually, CNN could not hit the top 22, because the far-left network’s highest rated show, Cuomo Tonight, reached number 23 for the first three months of the year with a measly average of just 1.28 million viewers.

Man alive, how would you like to be a Jake Tapper or Erin Burnett getting smoked by Fredo?

And this was before the release of the Mueller Report exposed CNN as a fake news network that conned its viewers for more than two years.

Since the release of the summary of the report, CNN’s ratings have taken an even bigger dive. On Monday and Tuesday of this week, Cuomo was still CNN’s top-rated show, but he bottomed out with only 973K and 873K total viewers, respectively.

As bad as the first quarter of 2019 was for CNN, if these post-Mueller Report numbers hold, those three months are gunna look like the good ole days.

Fox News owned 12 of the top 20 shows last quarter (MSNBC held the rest), including the four of the top five. Here’s that breakdown which includes total viewers in millions:

As of now, though, those numbers could look dramatically different come next quarter. Since the release of the Mueller Report two weeks ago, the cable news landscape has shifted dramatically. It’s not just CNN taking a hit. President Trump’s exoneration in the Russia Collusion Hoax has also driven down MSNBC’s ratings, most especially Rachel Maddow, who spent years promising her audience Trump’s arrest would be televised live from the Oval Office after the next commercial break.

Sure, things could settle back to where they were; who knows what the news cycle will bring. As of right now, though, there is no question that in the post-Mueller Report world CNN and MSNBC viewers are not only demoralized by Trump’s exoneration, they undoubtedly feel more than a little cheated by two fake news outlets that promised them for two years that Trump was doomed.

Back to CNN, though…

Many people believed prior to the Mueller Report that CNN’s ratings had already bottomed out. Just look at how awful those first quarter numbers are. But today they are worse, much worse.

Here are the total viewers for Monday and Tuesday:

Those are double digit drop offs from the first quarter, which has nothing to do with a lack of news (sorry lyin’ Brian). Currently, Fox  News is enjoying a ratings surge, and depending on the hour, Fox is earning three and four times as many viewers as CNN.

Credibility still matters. CNN spent two years lying to what little audience it had left, went all in on a hoax, and lost big.  Couldn’t happen to a nicer bunch of gangsters.