Stacey Abrams 'Thinking About' Running for President in 2020 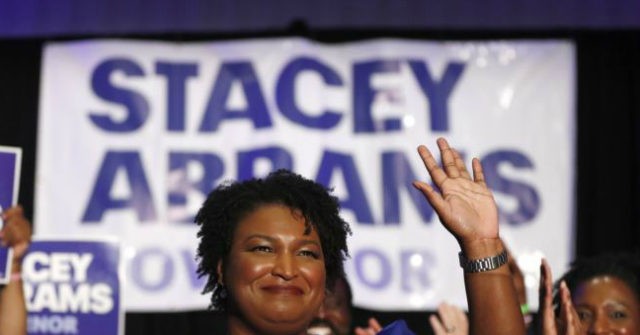 Democrat Stacey Abrams, the failed 2018 Georgia gubernatorial candidate whom Oprah Winfrey endorsed, laid out a timeline Thursday for deciding if she will run for president in 2020.

“I am thinking about it. I truly am,” she said after MSNBC host Mika Brzezinski told Stacey Abrams she should jump into a run for President of the United States in 2020.

“The timing for me is first deciding about the Senate,” Stacey Abrams told MSNBC. “Because I do think you cannot run for an office unless you know that’s the job you want to do. I don’t think you use offices as stepping stones”:

.@staceyabrams : “I am thinking about” running for president, “I truly am.”

“The timing for me is first deciding about the Senate. Because I do think you cannot run for an office unless you know that’s the job you want to do. I don’t think you use offices as stepping stones.” pic.twitter.com/ADWuf0yUJh

Abrams is considering whether she will run for the U.S. Senate, the presidency, or governor of Georgia.

“My first responsibility is to determine whether a Senate run is right for me,” said Abrams. “The next conversation for myself will be, if not the Senate, then what else?” She acknowledged that she is on a quick timeline for making a decision. “I think the Senate decision is going to be pretty short term. I intended to do it in March, but because of my book tour, I had to push it back.”

“I do want to make a decision this month,” she said of a potential Senate bid. Abrams added that she does not think a decision on if she will run for president needs to be made until the fall.

Abrams lost a bid for governor of Georgia as the Democrat nominee in 2018. Media mogul Oprah Winfrey endorsed her in that race. Ilhan Omar: No One Can 'Threaten' My 'Unwavering Love' for America Brooks: ‘Democrats Should Be Pretty Forceful’ in Demanding Testimony from Executive Branch