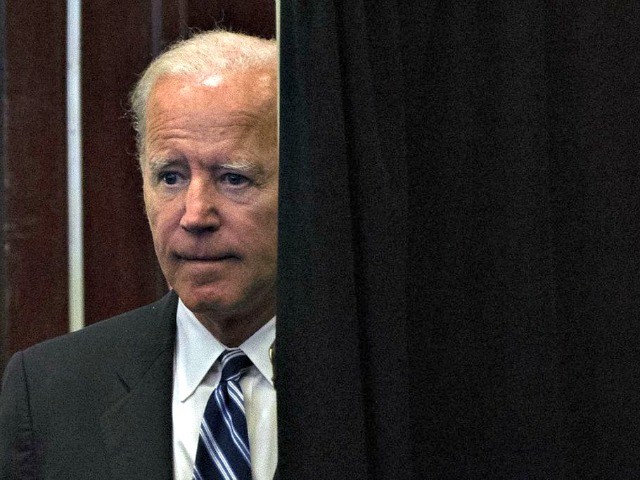 In interviews with the Washington Post, each of the three women detailed how Biden had made them feel uncomfortable during instances which occurred over the past several years.

Kohnert-Yount, then a White House intern, told the Post that Biden “pressed his forehead to my forward while he talked to me” after introducing himself. “I was so shocked that it was hard to focus on what he was saying. I remember he told me I was a ‘pretty girl,” she said.

According to Karasek, her awkward encounter with the former vice president occurred after taking the stage at the Oscars alongside pop star Lady Gaga and dozens of sexual assault survivors in 2016. Karasek alleges Biden pressed his forehead against herself as she recounted how a friend had committed suicide.

Coll told the newspaper that while working at a 2008 Democrat event, Biden rubbed her shoulders, complimented her and squeezed her “for a beat too long.”

“There’s been a lack of understanding about the way that power can turn something that might seem innocuous into something that can make somebody feel uncomfortable,” Coll, who now heads up

The Purple Campaign, a nonprofit that combats sexual harassment, said. She told the Post that Biden’s video demonstrates “a continued lack of understanding about why these stories are being told and their relevance in the #MeToo era.”

Biden acknowledged Wednesday that his tendency toward physical displays of affection and encouragement has made some women uncomfortable, and he promised to be “much more mindful” of respecting personal space.

“Social norms have begun to change. They’ve shifted,” the 76-year-old Biden said in a cellphone video posted to Twitter. “And the boundaries of protecting personal space have been reset. And I get it. I get it. I hear what they are saying. I understand.”

Wearing a suit and open-collared shirt, Biden also teased an announcement of his political plans, promising to “be talking to you about a whole lot of issues.” Shortly after the video was released, a union announced Biden would speak at their conference in Washington on Friday.

The video was Biden’s first direct comment on what has tripped up his preparations to enter the 2020 Democratic presidential campaign. He did not directly apologize but seemed to be seeking to ease some people’s discomfort, which has raised questions about whether he could wage an effective campaign.

On Friday, former Nevada politician Lucy Flores wrote in New York Magazine that Biden approached her from behind, touched her shoulders and kissed the back of her head in 2014.

In the video Wednesday, Biden insisted that what he described as the compassion from where the affection comes will not change and again nodded to the steps he’s taking toward running.

“But I’ll always believe governing — life, for that matter — is about connecting, connecting with people,” he said. “That won’t change.”

Biden also said that he would be more careful about his actions in the future.

And in so doing, Biden was tacitly acknowledging a nagging concern for some voters: that he cannot adapt.

“The idea that I can’t adjust to the fact that personal space is important, more important than it’s ever been, is just not thinkable,” he said in closing. “I will. I will.”

A day earlier, Trump taunted Biden at a National Republican Congressional Committee fundraiser, saying, “Our former vice president, I was going to call him. I don’t know him well. I was gonna say, ‘Welcome to the world, Joe. You having a good time, Joe?’”