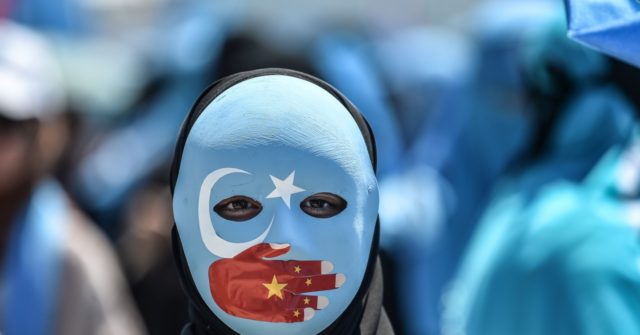 ROME – Callista Gingrich, the U.S. Ambassador to the Holy See, said this week that China lies about its persecution of people of faith and must be called out for its human rights violations.

“What’s happening in the Xinjiang Uighur Autonomous Region in China is truly shocking,” Ambassador Gingrich told Crux, an online Catholic news outlet. “We estimate that Chinese authorities have detained more than one million Uighurs, ethnic Kazakhs, and other Muslim and minority groups, in what can only be described as internment camps.”

“These groups are subjected to torture, repressive surveillance measures, confiscations of Qurans, and instances of sexual abuse and death,” she said.

“China’s claims that these camps are ‘humane job-training centers’ are outright falsehoods,” Gingrich added, “and are disproven even by evidence from China’s own government documents.”

“We need to continue to speak the truth and call out religious persecution, regardless of where it occurs,” she said. “Until the Chinese government alters its counterproductive policies towards people of faith, the United States will continue to voice its concern.”

Last fall, the Vatican signed an accord with China’s communist government over the naming of future bishops, but ever since then China then has shown no intention of backing away from its absolute control over religious practice in the officially atheist country. Some high-ranking Church officials have labeled the deal a “betrayal” of Chinese Catholics.

According to Open Doors, a group monitoring the persecution of Christians worldwide, anti-Christian persecution in China has intensified under Communist Party leader Xi Jinping, who has vowed to “Sinicize” the country’s religions by imbuing them with core communist values.

The persecution of Christians in China is the worst it has been for more than a decade, Open Doors said, with at least 50 million people facing some form of repression as the Xi administration tightens its grip on religious worship.

For his part, Pope Francis has publicly defended Communist China’s practice of religious liberty, insisting that in China churches are full and religion is freely practiced.

“In China the churches are full,” Francis said in a 2017 interview with the Spanish daily El País. “You can practice your faith in China.”.

On Wednesday, the U.S. Embassy to the Vatican hosted a symposium titled “Stand Together to Defend International Religious Freedom,” an event sponsored by the embassy together with the #StandTogether Project, a watchdog group against Christian persecution.

The U.S. ambassador also underscored the importance of last summer’s “ministerial” on religious freedom, hosted by U.S. Secretary of State Mike Pompeo in Washington D.C., an event that will be repeated this coming July.

“Remember, it had never been done before,” Gingrich said, adding that what made it work “was the courageous participation of victims of religious persecution. Individuals from numerous faiths and backgrounds were present.”

“I remember vividly hearing Nadia Murad talk about what she went through at the hands of ISIS in Iraq, and I hope survivors of religious persecution will play a major role in this year’s gathering as well,” she said.

“Religious freedom is America’s first freedom,” she said. “The earliest pilgrims sailed to our shores looking for a new world where they could practice their faith without persecution.”

“President Trump values the fact that religious liberty is a foundational part of our nation’s history and identity, [and] he’s committed to leading the world by example,” Gingrich said. “The Trump Administration also understands that religious freedom is in the interest of global peace and security. Countries that protect and promote religious freedom are more peaceful, prosperous, and secure.”