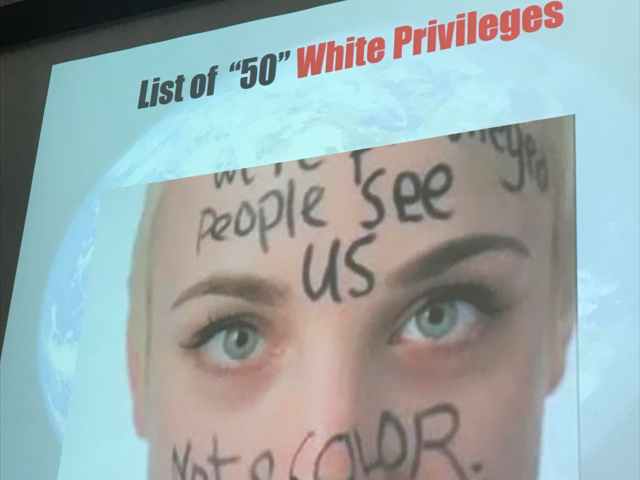 The University of Kansas will be offering a new course called “Angry White Male Studies” beginning in the 2019 fall semester. The course is said to examine the “angry white male” and the “deeper sources of this emotional state while evaluating recent manifestations of male anger.”

A new course, entitled, “Angry White Male Studies” at the University of Kansas (KU) will be focusing on white males in “America and Britain,” and will examine supposed “manifestations of male anger, as well as “dominant and subordinate masculinities” among white males.

“Angry White Male Studies” will be offered at KU in the 2019 fall semester in both the Humanities and Women, Gender, and Sexuality Studies departments, and even requires a prerequisite course — or the instructor’s permission — in order to enroll for the course, according to the course description on the university’s website.

“This course charts the rise of the ‘angry white male’ in America and Britain since the 1950s, exploring the deeper sources of this emotional state while evaluating recent manifestations of male anger,” states the course description.

The description adds that the course will offer “interdisciplinary perspectives” on how “dominant and subordinate masculinities” play a role “in cultures undergoing periods of rapid change connected to modernity as well as to rights-based movements of women, people of color, homosexuals and trans individuals.”

The course is worth 3 credit hours toward an accredited degree, and can also be used to satisfy the course requirements to obtain a degree in Humanities.

“Angry White Male Studies” will be taught by KU’s Dean’s Professor of Humanities and Professor of History Christopher E. Froth, whose research revolves around “the cultural history of gender, sexuality, the body, and the senses (with an emphasis on modern France, Britain and America),” according to KU’s website.

The professor’s biography also notes that he is “especially concerned with how perceptions and experiences of the body are situated in different social and cultural locations.”

Anti-white activites perpetrated by universities is nothing new. Schools around the country are offering courses, hosting symposiums, and assigning course material dedicated to examining others based on their race or skin complexion.

In 2017, Stanford University introduced a course, entitled, “White Identity Politics” sought to task students with considering “abolishing whiteness” and understanding “what is the future of whiteness.” Stanford Professor Tomás Jiménez explained that “whiteness” refers to “the set of behaviors and outlooks associated with the racial category, white.”

The University of Kansas did not respond to Breitbart News’ inquiry about whether the school would consider a course with the same title (Angry White Male Studies), but replace “white” with another race or color.

The university also did not respond to Breitbart News’ request for clarification on how the new course is consistent with the school’s stated assurance to provide students with a “discrimination-free community.”