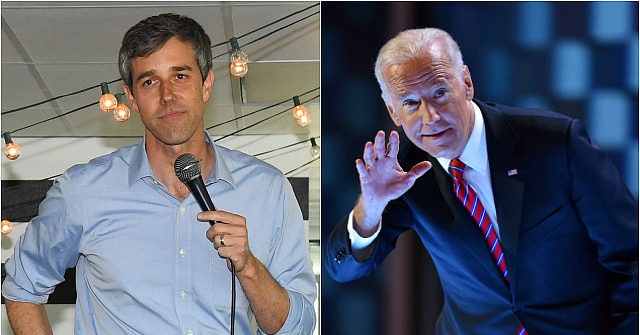 In remarks at the National Action Network Conference, O’Rourke eluded to questioning whether the former vice president should enter the race.

“We need to listen to those who are raising their stories who have the courage to come forward to share their experience and also to be part of the conversation about either his candidacy or how he fares as a contender for the nomination if he jumps in,” said O’Rourke, according to Fox News.

“I think ultimately that will be a decision for him to make but I’m glad people are willing to and have the courage to step up. They must be heard and must be listened to,” he went on.

Biden is expected to jump into the race for the presidency in the 2020 election cycle. On Wednesday he released a short video on Twitter in which he talked about changing social norms.

“Social norms are changing. I understand that, and I’ve heard what these women are saying,” he wrote in a post along with the video. “Politics to me has always been about making connections, but I will be more mindful about respecting personal space in the future. That’s my responsibility and I will meet it.” Some criticized Biden for not including an apology for his actions in his video.