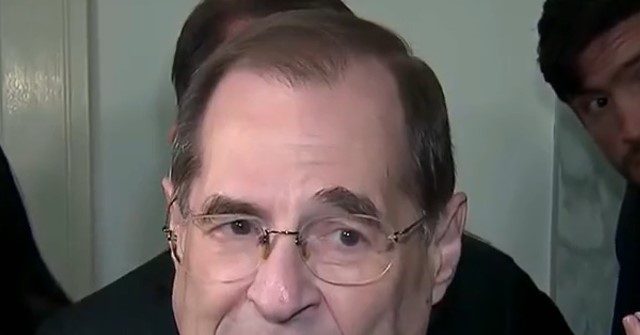 Thursday on CNN’s “The Lead,” host Jake Tapper reported Rep. Jerrold Nadler (D-NY), the chairman of the House Judiciary Committee, has demanded the communications between the Justice Department and special counsel Robert Mueller’s office be turned over.

Tapper said, “We begin with some breaking news in our politics lead. Just moments ago, the Democratic chairman of the House Judiciary Committee, Jerry Nadler, demanded that the Justice Department turn over all communications between special counsel Robert Mueller’s office and Attorney General Barr’s office regarding the Mueller report.”

He continued, “This move coming as sources tell CNN that investigators from the special counsel’s team are complaining that Attorney General Barr’s four-page summary of the Mueller report, which the President has heralded as a complete exoneration, underplays the reality of the 400-plus page report and what they say is damaging and derogatory information they compile, particularly when it comes to allegations against the President of obstruction of justice. According to a source familiar with the investigation, a member of the Mueller team have also voiced frustration they cannot publicly address what they see as discrepancies between Barr’s summary and Mueller’s actual findings.”