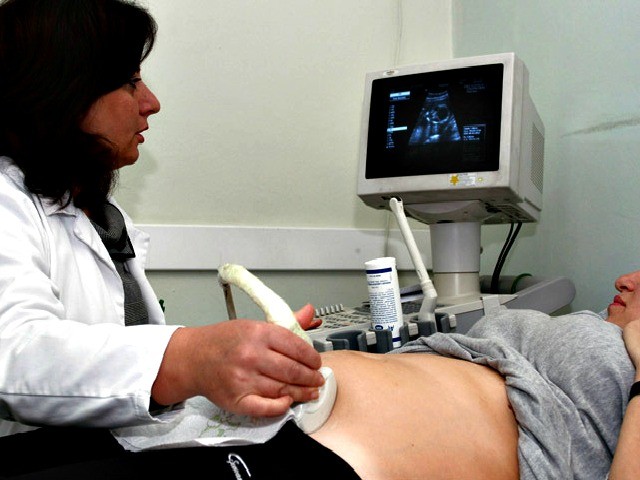 A federal appeals court has upheld a 2017 Kentucky law that requires abortionists to perform ultrasounds prior to abortions and offer mothers an opportunity to view those images and hear descriptions of them prior to a final decision for abortion.

The law, known as the Ultrasound Informed Consent Act, also requires physicians to offer mothers an opportunity to hear their unborn babies’ heartbeat prior to abortion.

The U.S. Court of Appeals for the Sixth Circuit, in a 2-1 vote, struck down a lower court ruling that declared the law unconstitutional because it violates the free speech of physicians.

“Today is a historic day, as Kentucky continues to lead the charge in implementing strong pro-life protections for its citizens,” said Republican Gov. Matt Bevin, celebrating the ruling.

“We applaud the decision by the Sixth Circuit, which affirms the commonsense notion that patients should be well equipped with relevant information before making important medical decisions,” Bevin added. “I am grateful to be governor of a state that values every human life, and we are committed to continue our fight on behalf of the most vulnerable among us.”

A press release from Bevin’s office said, in its ruling, “the court completely rejected the analysis advocated by Attorney General Andy Beshear and the ACLU.”

Beshear is Kentucky’s Democrat attorney general who has been battling the pro-life governor.

Bevin’s office said the court agreed with the governor’s counsel “that informed-consent laws are constitutional when they merely require the disclosure of truthful non-misleading, and relevant information.”

Judge John K. Bush, an appointee of President Donald Trump, wrote in the majority opinion that while the law requires doctors to offer the ultrasound images and descriptions of them to the mothers, “[t]here is no requirement that the patient view the images or listen to the doctor’s description.”

Bush added that protecting the life of the unborn is a “legitimate goal that may be pursued by a State as part of informed consent.”

As a First Amendment matter, there is nothing suspect with a State’s requiring a doctor, before performing an abortion, to make truthful, non-misleading factual disclosures, relevant to informed consent, even if those disclosures relate to unborn life and have the effect of persuading the patient not to have an abortion.

“I am gravely concerned with the precedent the majority creates today,” she said. “Its decision opens the floodgates to states in this Circuit to manipulate doctor-patient discourse solely for ideological reasons.”

The ACLU, which challenged the law on behalf of EMW Women’s Surgical Center in Louisville, said the ruling was “alarming.” Marsha Blackburn on Democrats’ Shift Left: ‘Not What Americans Want’