Two virulent anti-Trump lawmakers headlined a rally outside of the White House on Thursday to demand that the Department of Justice release the Mueller report in its entirety, claiming that it will reveal whether President Donald Trump has “abused his office.”

The protest, staged by leftist groups like moveon.org, People for the American Way, Public Citizen, the Women’s March, and the Center for American Progress, drew a couple of hundred people carrying anti-Trump and “release the report” signs.

And despite newly confirmed Attorney General William Barr’s report to Congress that Mueller and his team over two years found no evidence that Trump or his campaign colluded with Russia during the 2016 presidential campaign nor evidence of obstruction of justice, Rep. Jerrold Nadler (D-NY), chairman of the House Judiciary Committee, and Sen. Richard Blumenthal (D-CT), who is on the Senate Judiciary Committee, told the crowd that the president may well be found guilty of those charges and others.

“All across the country America is rising up,” Blumenthal said, adding that Barr’s summary “doesn’t exonerate the president.”

“There is evidence of obstruction,” Blumenthal said. “That there may well be evidence of collusion with Russia,even if it isn’t beyond a reasonable doubt.” 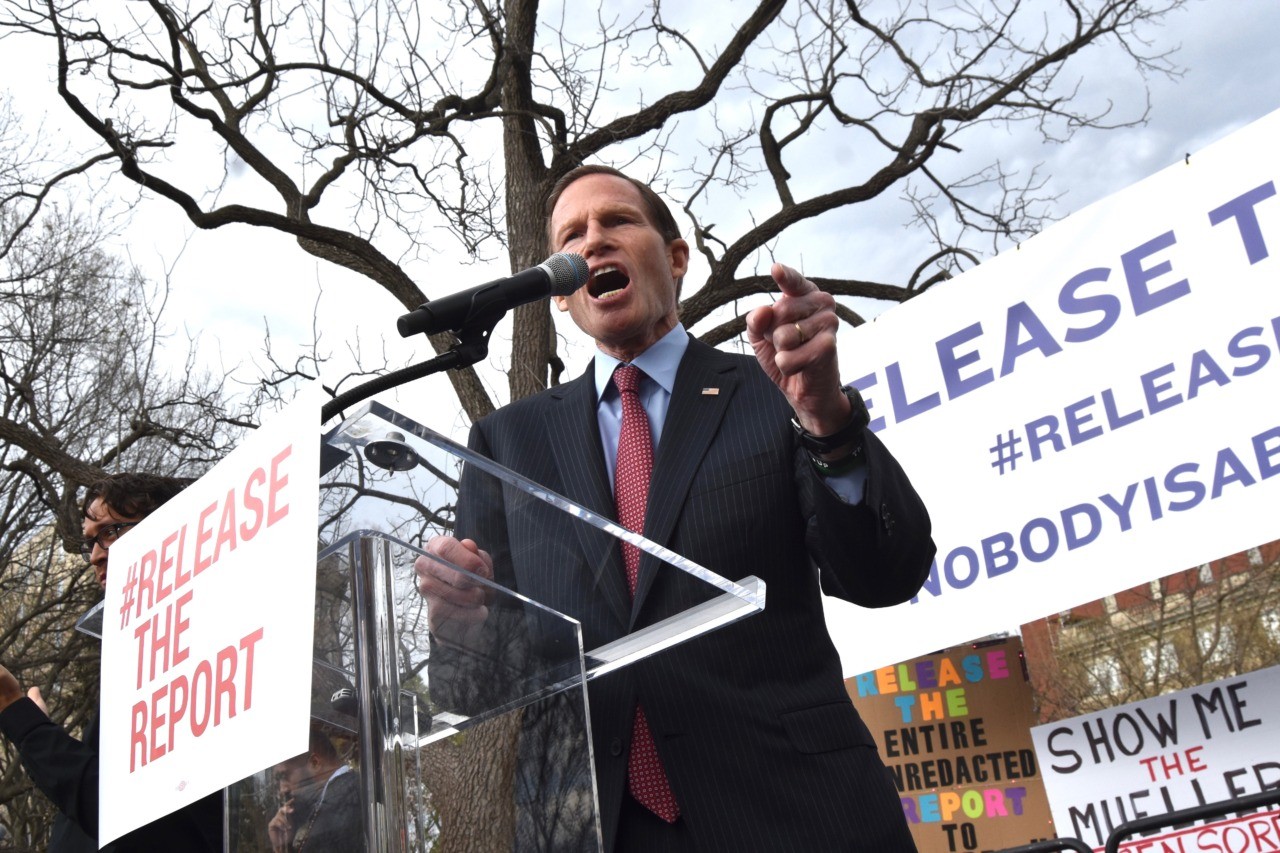 “All of America knows we deserve the Mueller report,” Blumenthal said.

Blumenthal, Nadler and other speakers repeatedly said that Trump “hand-picked” and “appointed” Barr, even though the Senate had to confirm him for the position.

Nadler implied that Trump is a threat to our country. 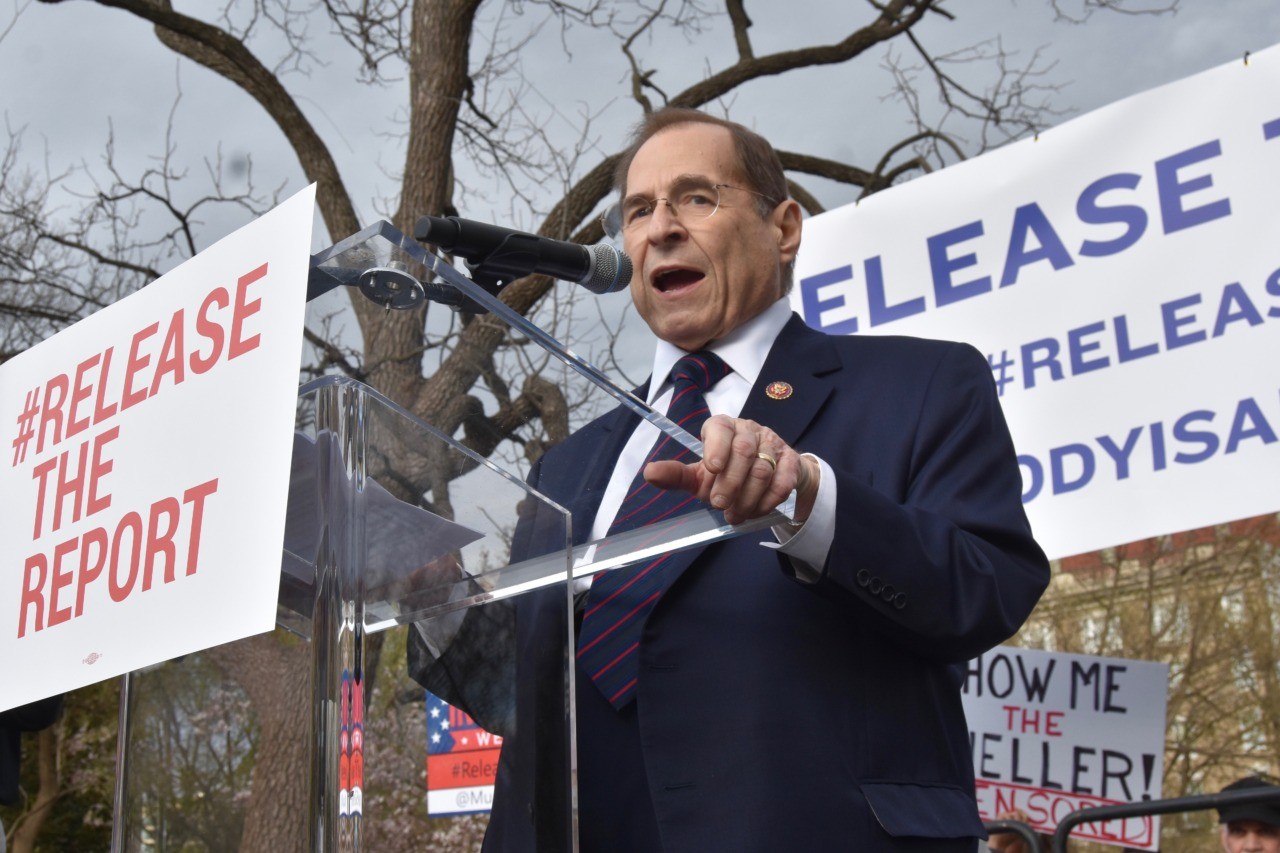 Rep. Jerrold Nadler (D-NY), chairman of the House Judiciary Committee, took part in a protest in D.C. on Thursday to demand that the Department of Justice release the entire Mueller report. (Penny Starr/Breitbart News)

Nadler said it is necessary to see the “full Mueller report and the underlying evidence because it is our job, not the attorney general’s, not a political appointee of the president’s, to determine whether or not the president has abused his office and needs to be held accountable.”

Nadler said Congress, not the Attorney General, is tasked with determining if the president has engaged in “official misconduct.” 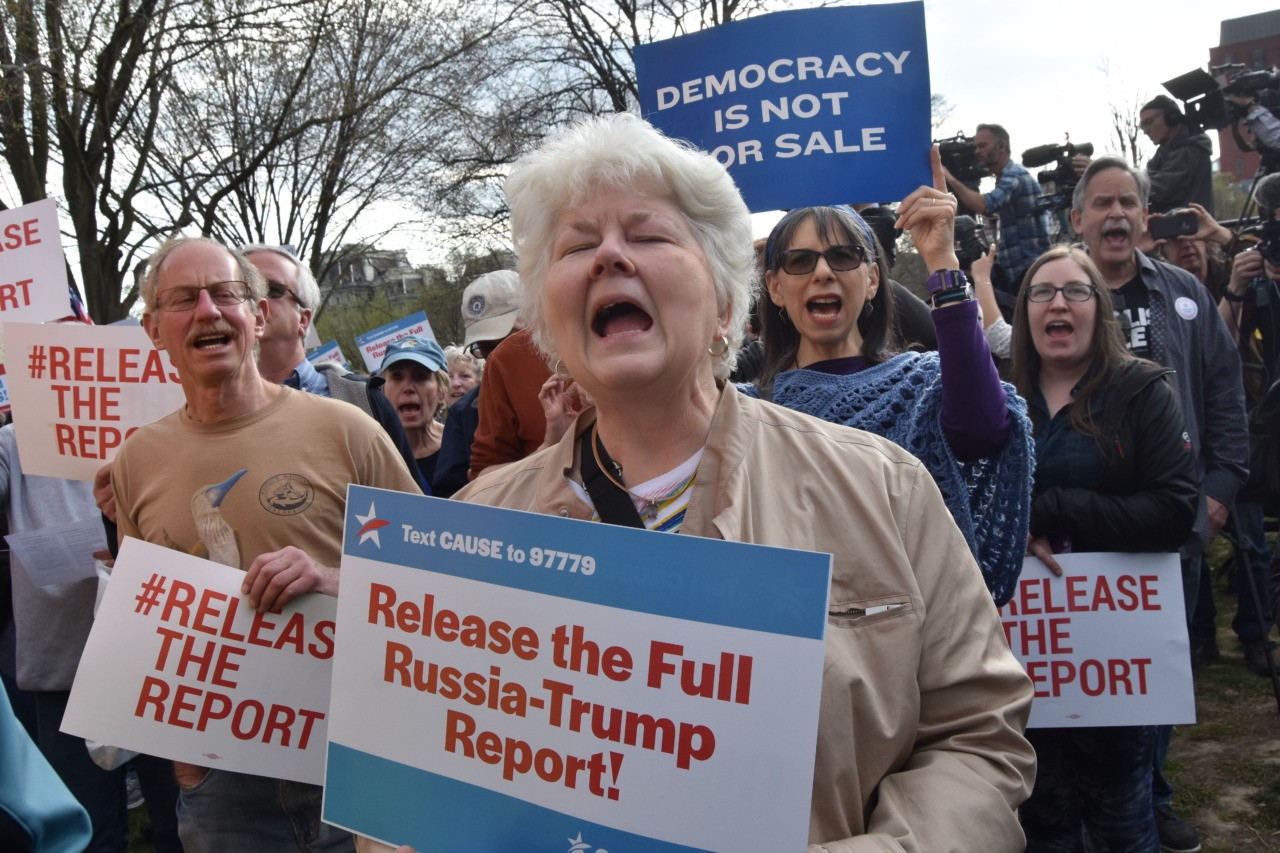 Protesters gathered outside of the White House on Thursday to demand that the Department of Justice release the entire Mueller report. (Penny Starr/Breitbart News)

Although it took two years for the Mueller report to be completed, Democrats are demanding that the report be released to Congress and the public immediately. They have also rejected the idea that some of the report when released could be redacted to protect national security.