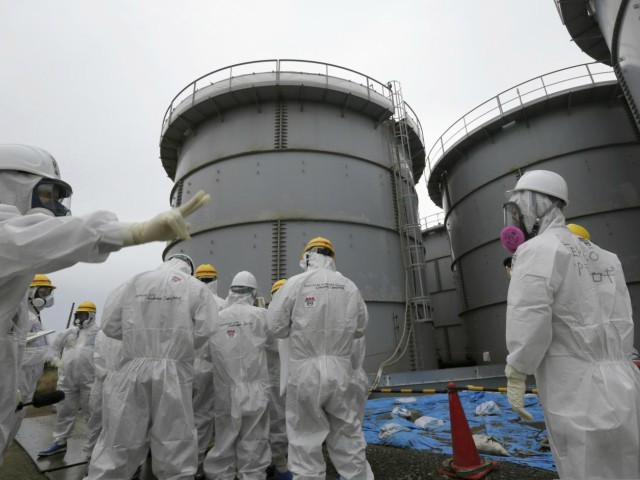 A U.S. nuclear technology expert said on Thursday that satellite images indicate Saudi Arabia is around a “year away” from finishing the construction of its first nuclear reactor, raising fears about a potential arms race with other regional powers.

Satellite images published by Google Earth show a research facility located in the southwest corner of the King Abdulaziz City for Science and Technology in Riyadh. Robert Kelley, a former IAEA director who previously headed up the U.S. Department of Energy’s remote sensing laboratory, said that the reactor was being built by the Argentinian state-owned company INVAP.

“There’s a very high probability these images show the country’s first nuclear facility,” Kelley said. “It means that Saudi Arabia has to get its safeguards in order.”

In a statement, Saudi Arabia’s Energy Ministry said the reactor will allow the Kingdom to “engage in strictly peaceful scientific, research, educational and training activities in full compliance with international agreements.”

The advancement will cause alarm to arms-control experts who have warned that Saudi Arabia has not signed up to the international framework of rules surrounding nuclear programs. However, nuclear fuel providers will not supply the reactor until new surveillance arrangements have been agreed with International Atomic Energy Agency in Vienna.

Last week, U.S. Energy Secretary Rick Perry revealed he had approved American companies to work on six nuclear projects in Saudi Arabia, despite concerns that they could use it for the development of a nuclear weapons program. Crown Prince Mohammed Bin Salman has previously said that he will pursue a nuclear weapons program should their arch-enemy Iran also obtain them.

“What I’m really concerned about is that if the United States is not the partner with Saudi Arabia, (or) for that matter Jordan, they will go to Russia and China for their civil nuclear technology,” he said. “I can assure you that those two countries don’t give a tinker’s damn about nonproliferation. We’ve got a history of nonproliferation, and nobody in the world will do it better than us.”