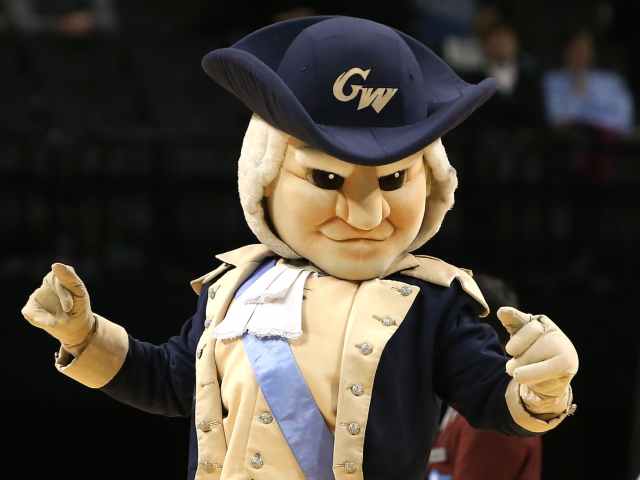 Students at George Washington University have approved a measure that would effectively kill the school’s “Colonials” nickname.

According to a report from The College Fix, students at George Washingon University voted to approve a measure that would kill the school’s “Colonials” nickname. The nickname, which was first used at the university since 1926, may be on its way out after 54 percent of the student body voted to change the name. Approximately 5,000 of the 12,000 undergraduate students at George Washington University voted on the measure. It is likely that school officials will determine the nickname’s fate later this year.

Breitbart News reported in February that GWU students created a petition that sought to establish a ballot that would ask students if they wanted to end the use of the “offensive” nickname.

“The name Colonials is being stripped of its own historical meaning and wrongly treated as synonymous with ‘colonialism,’” Turley said. “Not only were the colonials not a manifestation or celebration of colonialism, they were the very symbol of resistance to colonialism. They fought the British Empire to secure self-rule. In doing so, they defeated the greatest world power of its time.”

Amb. Grenell Calls Out Angela Merkel for Siding with ‘Squad’ over Trump