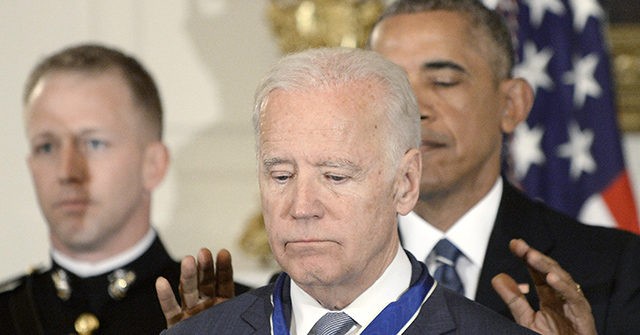 Former Vice President Joe Biden angrily denounced the “elite” culture of the last 10-15 years, on Friday, as he considers a run for president in 2020.

The former Vice President, who served in national political office for over 40 years, expressed his frustrations about the economic and cultural status-quo during a speech at an electrical union conference in Washington, DC.

Biden reminded the “guys or women making millions of bucks on Wall Street” that they owed a debt of gratitude to workers.

“How the hell did we get to the place where a lot of you don’t think that the rest of the country sees you, or hears you, or knows you?” he said.

Biden insisted that he lectured his “sophisticated friends” about treating workers with more respect.

“You guys are like me, I never walk away from a table without thanking the waiter,” Biden said. “Not a joke.”

He acknowledged that his father was a white collar worker that sold automobiles, but taught him to treat people with dignity.

“This country was not built by Wall Street bankers and CEOs and hedge fund managers,” Biden said, carefully adding that they were “good people.” “It was built by the great American middle class.”