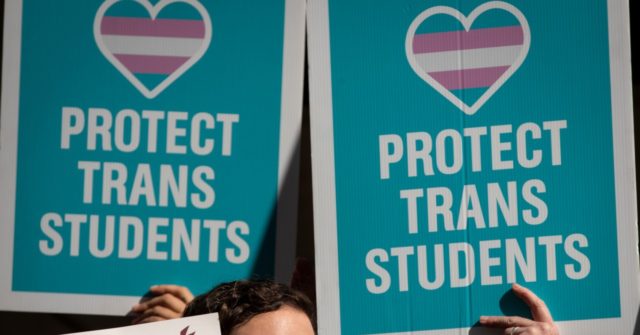 The Massachusetts legislature has overwhelmingly approved a measure that would make it illegal for mental health counselors in the state to help children with unwanted sexual attractions or gender confusion.

H.140, if signed into law, would place new restrictions on what mental health practitioners may say as they work with children and adolescents in their practices.

The measure would ban “any practice by a health care provider that attempts or purports to impose change of an individual’s sexual orientation or gender identity.”

As a result, already licensed mental health providers could be placed in a bind when young people are brought to them with unwanted same-sex attractions or gender confusion. Therapists would be faced with violating the law and loss of license if they attempt to treat these prospective patients by helping them to explore these conflicted feelings or perceptions.

If Republican Gov. Charlie Baker signs the bill into law, mental health counselors and therapists would be required to immediately affirm a child’s self-proclaimed gender identity.

According to the legislation, therapist and counselors would be required to solely “provide acceptance, support, and understanding of an individual’s sexual orientation, gender identity, or gender expression.”

“Any health care provider who violates this section shall be such subject to discipline by the appropriate licensing board, which may include suspension or revocation of license,” the legislation reads.

LGBTQ activists have been lobbying for these types of counseling bans in states and have successfully pushed them through in 15 state legislatures and Washington, DC, in the hope they will put an end to the concept that children who claim their gender is not compatible with their biological sex are suffering from mental illness.

According to the Boston Globe, lobbyist Arline Isaacson, co-chair of the Massachusetts Gay & Lesbian Political Caucus, said she is “100 percent confident” such legislation is constitutional.

“We’re banning a therapy that essentially says being LGBTQ is sick, it’s an illness, and it needs to be cured,” she said. “And that’s baloney.”

The LGBTQ activists claim therapists who do not immediately affirm a child’s self-proclaimed gender identity are engaging in harmful and abusive practices.

“It is well past time for Massachusetts to prohibit this dangerous practice,” said Ben Klein, a senior attorney for GLAAD, the GLBTQ Legal Advocates & Defenders, reported the Globe.

Baker says he is leaning toward signing the bill into law.

Some Republicans, however, say that, while they “do not support coercive therapies,” they are concerned the bill would infringe on the rights of licensed mental health counselors. Opponents to the bill have made the same argument, suggesting a potential legal challenge should the bill become law.

“If there were evidence of these practices taking place in Massachusetts, we would wholeheartedly support banning them,” said state Sen. Vinny deMacedo. “The vague wording of the legislation provides too much room for interpretation.”

Massachusetts Family Institute (MFI) opposes the legislation and is urging the governor to veto it:

“A well-meaning mental health provider would be handcuffed and not able to explore the source of a client’s feelings, and be required by law to affirm hormone therapy and sex change surgery, regardless of the views of parents or what is in the best interest of the child,” the group asserted.

MFI said it would consider a lawsuit should the governor sign the bill into law.