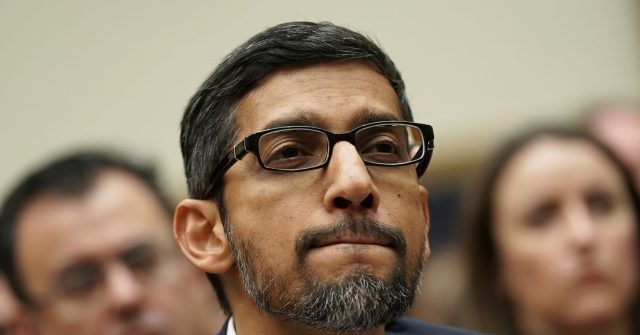 A member of Google’s A.I. ethics board, which was recently disbanded following employee complaints about the inclusion of a conservative on the board, is reportedly furious over the situation.

Business Insider reports that Joanna Bryson, an A.I. expert at the University of Bath in the UK, has harshly criticized Google’s decision to disband it recently formed A.I. ethics council. The ethics council was disbanded following the signing of an open letter by almost a thousand members of Google’s staff, multiple academic researchers and influential tech industry figures which protested the inclusion of certain members of Google’s A.I. ethics council. Breitbart News previously reported on initial backlash following the appointment of Heritage Foundation president Kay Coles James to the company’s new A.I. advisory board. Internal Google messages published by Breitbart News show a high level of hysterics amongst employees over the A.I. board.

Bryson took to Twitter to express her anger at the sudden cancelation of the A. .ethics project, stating: “I thought there were enough smart people at Google that there must be some process for either communicating or improving decisions.” Speaking to Forbes magazine, Bryson stated that the tech firm “pulled the plug rather than defend themselves.”

I thought there were enough smart people at Google that there must be some process for either communicating or improving decisions. But I was wrong, and the people who called me naive were right. #ATEAC

When Google chose to disband the board, the company released a statement which reads: “It’s become clear that in the current environment, ATEAC [Advanced Technology External Advisory Council] can’t function as we wanted. So we’re ending the council and going back to the drawing board. We’ll continue to be responsible in our work on the important issues that AI raises, and will find different ways of getting outside opinions on these topics.”