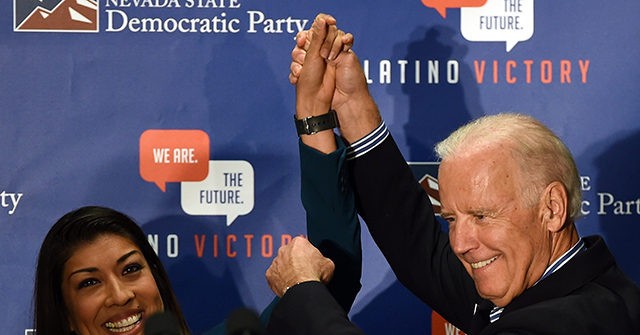 The front-page article, which ran as news rather than as opinion, accused Trump of “ignoring his own troubled history with women,” reciting a familiar list of accusations, including the infamous Access Hollywood episode.

On Thursday, Trump had poked fun at Biden by tweeting a video, made by a Trump supporter whose Twitter handle is “Carpedonktum,” in which a cutout image of Biden is seen to be fondling the former vice president during his apology. Trump added the words, “WELCOME BACK, JOE!”, a reference to Biden’s anticipated return to politics.

The Times, evidently unable to accept humor or parody, or to hold Biden up to scrutiny, shot back angrily:

The tweet and video seemed like a typical partisan jab, except for the fact that it was issued by a president who has been accused by more than a dozen women of sexual misconduct and assault.

But in mocking Mr. Biden, the president seemed to be walking a perilous line, opening himself up to charges of hypocrisy, and practically inviting a re-examination of his own behavior toward women — behavior he has either denied or refused to discuss.

“He refers to women as pigs. He rates women on their looks on a scale from 1 to 10. He comments about how his own daughter is hot, and that if she wasn’t his daughter, he would date her,” said Patti Solis Doyle, who served as Hillary Clinton’s 2008 campaign manager. “Hypocrisy doesn’t even begin to explain this tweet. He’s going to lose on women voters. Doing this is only making it worse.”

Biden’s own response, via Twitter, was: “I see that you are on the job and presidential, as always.”

The Times and the Washington Post, two newspapers that have styled themselves as crucial watchdogs of democracy during the Trump administration, appear to be competing with one another to offer euphemisms for Biden’s behavior.

On Wednesday, the Times noted what it called Biden’s “tactile style of retail politicking,” after the Post drew criticism for describing Biden’s behavior on Sunday as his “affectionate, physical style with women.”