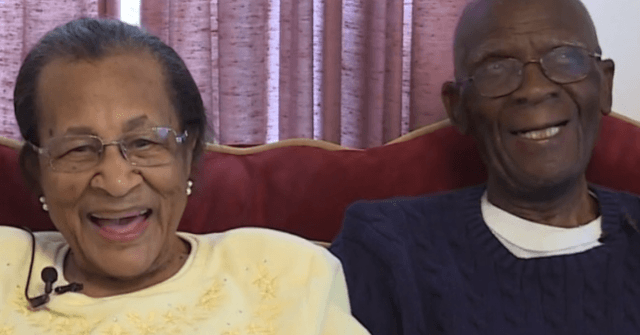 Daniel W. and Willie Williams shared their lifetime of love with the world via South Carolina CBS Affiliate WLTX 19 on Wednesday.

“She was good looking,” Daniel said, remembering when he first met his wife — nearly a century ago, in 1937. “I felt the same way,” Willie added. “I thought he was handsome, at that time,” she specified. Daniel laughed.

But at 103 and 100 respectively, Daniel and Willie are still very clearly in love. Perhaps some of that is due to their apparent agreeableness. They say there has been very little strife in their decades together. “People might not believe but we have never been the type to fuss or fight,” Willie said. “We just find things to talk about.”

The couple spends Sunday mornings at First Mayfield Memorial Baptist, crediting God as the key to their union. “The good Lord has taken care of us,” she said. God played “a wonderful role,” she continued. “Had it not been for Him we could not have made it — not this long!”