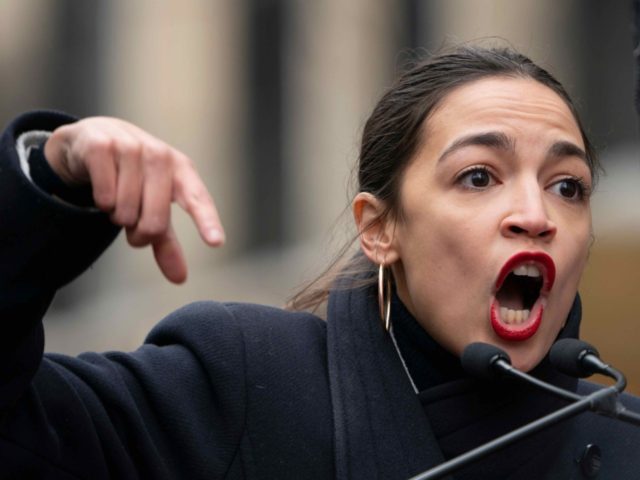 Rep. Alexandria Ocasio-Cortez (D-NY) claimed in a video posted to her Instagram account Wednesday that U.S. Customs and Border Protection (CBP) officials are “injecting kids with drugs” based on their “national origin.”

“At least I’m not trying to cage children at the border and inject them with drugs. That’s not a mistake, that’s just hatred,” Ocasio-Cortez said in the video posted Wednesday.

Ocasio-Cortez claims without evidence that CBP officials are “deliberately” trying to “cage children and inject them with drugs” because “of their national origin” pic.twitter.com/ZEwu7AvCv3

The self-described Democratic socialist has a history of making other derogatory remarks about federal immigration officials.

In January 2019, Ocasio-Cortez did an interview with MSNBC’s Rachel Maddow in which she trashed ICE agents as “human rights violators.”

At a House Oversight and Government Reform committee meeting in March, she said that the illegal aliens who lived in her district were her “constituents.” Campaign Claims Joe Biden Asked Obama Not to Endorse Him