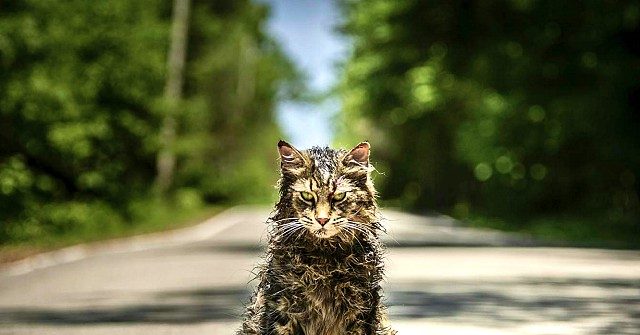 While watching a remake, I sometimes worry the memory of the original skews the experience. Add the fact I’m fortunate enough to get paid for this, and I really worry if my memory will result in an unfair review, especially for those who have never seen the original.

You know what, though? I don’t think so.

It’s just a sad fact that most movies aren’t very good these days, nowhere near as good (overall) as they were 25 or 30 years ago, and this includes all of these godforsaken remakes.

Besides, even though the originals are two of my all-time favorites, I love the remakes of Dawn of the Dead and True Grit and very much enjoyed the updates of Ocean’s Eleven, 3:10 to Yuma, Texas Chainsaw Massacre, and Fright Night.

What’s more, I don’t see a great generational divide on the issue. Those of us who carry a torch for John Carpenter’s Halloween are not arguing with those carrying a torch for Rob Zombie’s forgettable remake, because those people don’t exist. Is there someone out there excited over Colin Farrell’s Total Recall or Nicole Kidman’s Invasion of the Body Snatchers?

Stephen King’s knockout 1983 novel was originally brought to the screen in 1989 by director Mary Lambert, who, in my opinion, holds the crown for one of the top five all-time King adaptations, as well as one of the all-time underrated horror movies.

Thirty years ago, Pet Sematary (1989) was savaged by most critics. Gene Siskel gave it zero stars, Leonard Maltin gave it a BOMB. There were a few contrarians and I’ve been pleased to see time boost its reputation some, but Lambert’s near-perfect piece of emotional brutality still doesn’t get the respect it deserves. And everything Lambert did right (working off a script by King himself), the remake does wrong.

To escape the big city of Boston, Dr. Louis Creed (Jason Clarke) packs up his nuclear family for a quiet life on 50 acres in rural Maine and a career treating STDs and sore throats at the local university.

Very quickly, like within three minutes, the family discovers that the town’s pet cemetery is located on their property by way of a spooky procession of bizarre children wearing unsettling masks for reasons that are never explained.

And then a massive truck barrels by, foretelling the terrible things to come.

Church, the family cat, is killed by one of those trucks and the Creed’s neighbor, Jud (John Lithgow), a lonely but friendly widower, tells Louis to keep the bad news a secret from his daughter Ellie (Jeté Laurence).

In the middle of the night the two men bury the cat way beyond the Pet Sematary. The next day Church returns.

Church is different, though: sullen, territorial, mean, quick to violence…

Until now, co-directors Kevin Kölsch and Dennis Widmyer stick pretty close to the novel and 1989 movie.

The coming changes are not the movie’s problem.

What the original movie (and King’s novel) did so well, the remake jettisons completely to keep the story moving-moving-moving. Like its source material, Lambert’s Pet Sematary works on two levels: all the good ideas in the overall horror plot and the emotional destruction of a likable family unraveled by a father’s inconsolable grief, his desperation to redeem himself, and the sin of pride. In the capable hands of actor Dale Midkiff, Louis remains a sympathetic character even as he engages in demonic acts to prove himself to his horrible in-laws, to show them he is worthy of their daughter and grandchildren.

Other than funeral guests, the in-laws have no role in the remake (and no dialogue), which removes everything complicated and horrifying about Louis’s motivation, about a man driven largely by grief, arrogance and insecurities. Now he’s just a grieving dad, which is enough to move the story, but not in a very compelling way.

Also missing is the housekeeper, Missy Dandridge, whose suicide in the Creed’s basement realistically kick-starts the emotional motivation for what’s to come. Instead we get a three sentence debate over the existence of God.

You see, this remake is all plot-plot-plot-plot. This happens. That happens. Events occur. People do things. Gears click into place. The story marches on. But unless you’re familiar with the original material you are probably going to wonder what Victor Pascow’s ghost and Rachel Creed’s (Amy Seimetz) sick sister have to do with anything — other than contrived shocks.

Sure, there’s fleeting suspense, bumps in the night. What’s missing, though, is any sense of an emotional undercurrent, the thing that gave the original a legitimate sense of dread and heartbreak, that had you walk out of the theater shattered.

To its credit, the update has its own idea about how the Pet Sematary works, and the idea is pretty nifty. Unfortunately, the story is in way too much of a hurry to get there and once we arrive the movie ends a few minutes later.