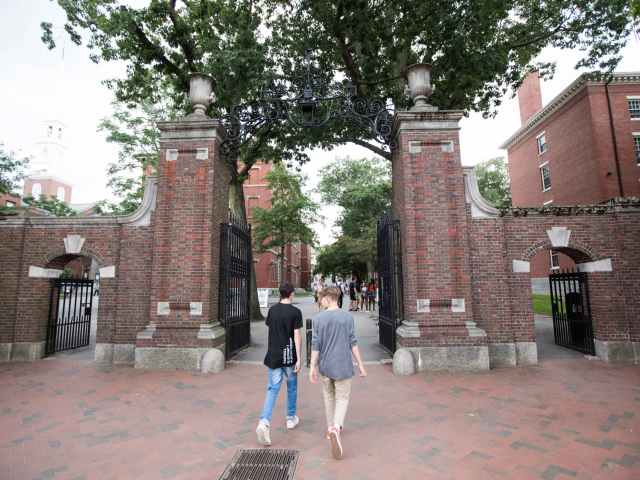 According to reports, Maryland businessman Jie Zhao purchased the home of the Harvard fencing coach for twice the market value allegedly to help his son gain admission to the prestigious university.

Businessman Jie Zhao purchased the home of Harvard Fencing Coach Peter Brand for approximately $1 million in 2016, nearly double the home’s market value. According to a report from the Boston Globe, Zhao’s son would earn admission to the university and a spot on the fencing team shortly after the bizarre real estate transaction.

To make matters worse, Zhao never lived in the home that he purchased from Brand. In fact, he sold it just 17 months after the purchase at a $324,500 loss.

In a comment to the Boston Globe, Zhao said that he bought the home so that Brand could move closer to the fencing practice facility. “I want to help Peter Brand because I feel so sorry he has to travel so much to go to fencing practice,” Zhao said. The distance between Brand’s home and fencing practice is approximately 12 miles.

On Thursday, Harvard released a statement regarding the allegation that Brand had accepted a bribe in exchange for a spot on the fencing team. Harvard claimed that this matter is unrelated to the DOJ’s investigation into William “Rick” Singer and the dozens of parents that he allegedly worked with to fraudulently gain admission to top colleges and universities.

On Monday, Harvard was made aware of allegations involving Peter Brand, our head fencing coach. Specifically, it is alleged that he conducted real estate and non-profit transactions that involved the family of a current and a former student-athlete. We are now moving quickly to learn more about these claims through an independent review.

Three days in, there is a lot we still don’t know. Our current understanding is that these allegations are not related in any way to the “Operation Varsity Blues” scheme to influence student college admissions decisions at several prominent American research universities, alleged by United States federal prosecutors. Harvard has not been named in that allegation.