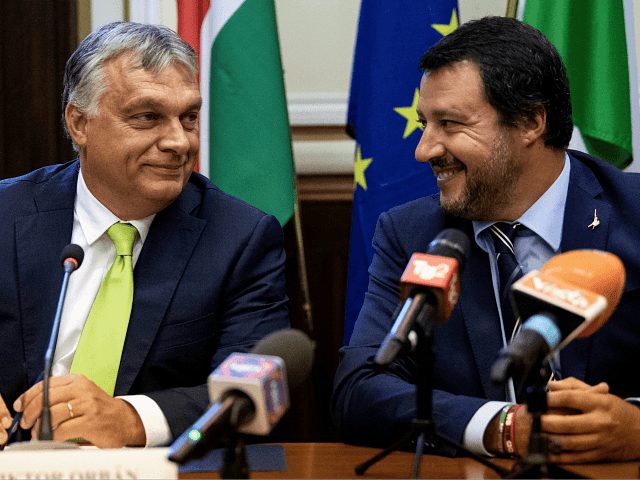 Populist Italian Interior Minister Matteo Salvini is set to host a conference in Milan next week aimed at uniting the European populist parties and movements ahead of the European Parliament elections.

The conference is expected to see around 20 different populist and conservative parties and movements gather under the slogan “Towards a Europe of Reason.” Salvini’s League party says that they expect many to join them in an alliance ahead of May’s elections, Austria’s Kronen Zeitung newspaper reports.

The Austrian Freedom Party (FPÖ), led by vice Chancellor Heinz-Christian Strache, said they will also be attending the meeting with Strache commenting, “The clear aim is to make a common agreement possible for the three groups at the end.”

Mr Strache added that he would not be attending the conference personally but other officials from his party would.

The European parliamentary groups likely to attend are the  Europe of Nations and Freedom (ENF), which already contains the League and the FPÖ, as well as the European Conservatives and Reformists (ECR), and Europe for Direct Democracy (EFDD).

These three groups were already named by FPÖ MEP Harald Vilimsky who told the press that Salvini would be the face of the new alliance earlier this week.

In their meeting last year, Prime Minister Orbán described Salvini as “my hero” saying the Italian Interior Minister was “a companion of my destiny.”

Since forming a government with the Five Star Movement last year, Salvini and the League have seen a surge in popularity amongst Italian voters.

Some projections suggest that after the election in May, Salvini and the League could form one of the single largest parties in the entire European Parliament.

Poll: 89% Say January 6 Hearings Have Not Changed Their Minds