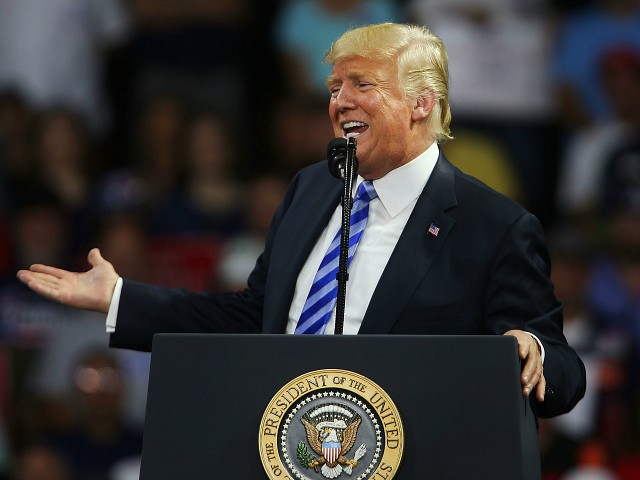 A lawyer for President Trump said in a letter to the Treasury Department Friday that House Democrats’ demand for the president’s tax returns is illegal and would set a dangerous precedent.

William Consovoy, a lawyer representing the president in the dispute over his tax returns, wrote to Treasury Department General Counsel Brent McIntosh to argue that Neal’s request was not legal because it stemmed from an illicit purpose.

“His request is a transparent effort by one political party to harass an official from the other party because they dislike his politics and speech,” Consovoy wrote.

“If the IRS acquiesces to Chairman Neal’s request, it would set a dangerous precedent,” Consovoy wrote. “Once this Pandora’s box is opened, the ensuing tit-for-tat will do lasting damage to our nation.”

Consovoy went on to point out that most members of Congress do not release their tax returns:

Trump has said he will not release his tax returns as long as he continues to be audited by the IRS. In 2016, during the transition, Trump’s lawyers said that while earlier tax audits had been completed, the IRS was still auditing tax years 2009 and beyond.

Consovoy argued in the letter that the ongoing audits provide another reason the IRS should not release the president’s tax returns to Neal.

“IRS examinations are trial-like adjudications, and basic principles of due process require adjudications to be insulated from congressional interference,” Consovoy wrote.

Neal has framed his request as part of Congress’s oversight function, saying the committee wants to examine how the IRS audits presidents. Consovoy, pointing out that Neal has not requested information about audits for any other president other than Trump, described this as a phony pretext in a partisan political fight.

“If Chairman Neal genuinely wants to review how the IRS audits Presidents, why is he seeking tax returns and return information covering the four years before President Trump took office? Why is he not requesting information about the audits of previous Presidents? And why can he not simply ask the IRS to explain its policy?” Consovoy wrote. “The answer, of course, is that Chairman Neal’s request is not about Page 3 of 4 examining IRS policy. It is about scoring political points against President Trump.”

Feds: U.S. Is the Top Exporter of Liquified Natural Gas

Cheney on Possible 2024 Run: U.S. Voters Are Ready for a Woman to Run Things