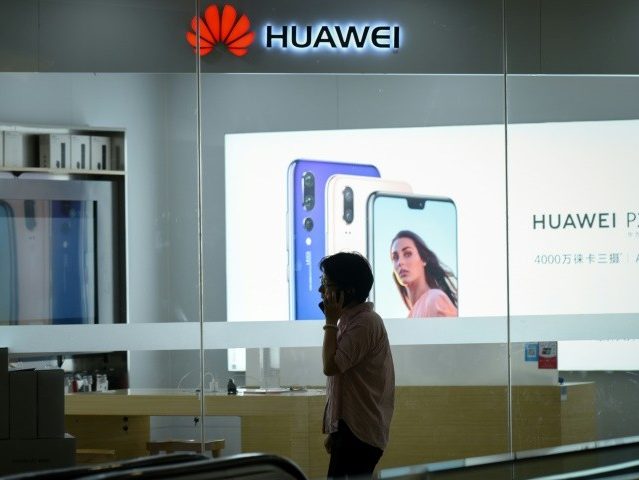 United States prosecutors said on Thursday that classified information gathered under the Foreign Intelligence Surveillance Act (FISA) will be introduced in the federal trial of Chinese telecom company Huawei, which has been charged with committing money laundering, bank fraud, and wire fraud in the course of violating U.S. sanctions against Iran.

According to Assistant U.S. Attorney Alex Solomon and filings from the federal government, the information was “obtained or derived from electronic surveillance and physical search” and must be handled as classified material. An earlier Reuters report said American agencies were able to gather evidence against Huawei executives by peering into their personal electronics as they passed through airports.

A former federal prosecutor told Reuters that FISA courts usually authorize surveillance when they “suspect someone may be spying on behalf of a foreign power.”

The U.S. government has accused Huawei of such activities and has warned allies against relying on any Chinese technology for their next-generation networks because it could create vulnerabilities for Chinese intelligence agents to exploit.

A key figure in the Brooklyn trial is Huawei CFO Meng Wanzhou, whom Canada detained at the request of the United States and is currently fighting extradition while the Chinese government pressures Canada to release her.

The company pleaded not guilty to all 13 counts of fraud and sanctions-busting leveled against it. Huawei also denies that its products contain deliberate security flaws or that it works with Chinese intelligence, characterizing the charges as an American effort to harm the company for protectionist purposes.

Hearings in the Huawei case in Brooklyn are scheduled to resume on June 19. Judge Ann Donnelly paused the hearings at the request of the prosecution to give them more time to assemble evidence, granting 150 days for discovery instead of the customary 120.

A separate case pending against Huawei at the U.S. District Court in Seattle accuses the company of steaming trade secrets from American telecom company T-Mobile. Huawei pleaded not guilty to these charges at the beginning of March.

Huawei has, in turn, filed suit against the U.S. government for banning purchases of its equipment by government agencies, and Meng Wanzhou is suing the Canadian government for detaining her.

On Friday, Forbes anticipated the FISA surveillance info on Huawei could be the bloody nose that lets the Chinese company know it is in a real “street fight” after blocking what seemed like the best punches from the U.S. government.

To sum up the contest so far, the U.S. has raised with its allies significant concerns about Huawei’s security, and the United Kingdom recently released a report that strongly criticized the company for failing to address concerns that have been identified so far. In fact, the U.K. analysis cast doubt on the possibility that those concerns can be addressed in any sort of reasonable time frame.

On the other hand, Huawei has become an international corporate behemoth in the same weight class as Microsoft and Google, and the cost of excising or excluding its products from European 5G networks could be prohibitive – over $9 billion in the U.K., according to the latest estimate from a British telecom industry consortium. As Forbes put it, the company’s public relations machine has run a “well-orchestrated campaign to turn public opinion against the threats and warnings emanating from Washington,” picking up plenty of new 5G contracts even as the U.S. government issued increasingly strong warnings to avoid Huawei products.

The lynchpin of that public relations campaign has been Huawei’s constant plea that no evidence of outright wrongdoing or documented collusion with Chinese intelligence agencies has been introduced by the company’s critics. If the FISA evidence to be introduced in federal court changes that, or an allied intelligence service produces its own hard evidence against Huawei, everything might change very quickly–unless, of course, Huawei’s customers decide to protect their sunk costs and settle for a few more assurances that the Chinese Communist Party will not draft the company into espionage operations.

Cotton Rips January 6 Committee — 'It Has No Adversarial Process Whatsoever'